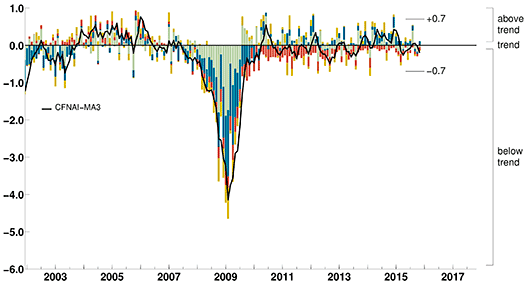 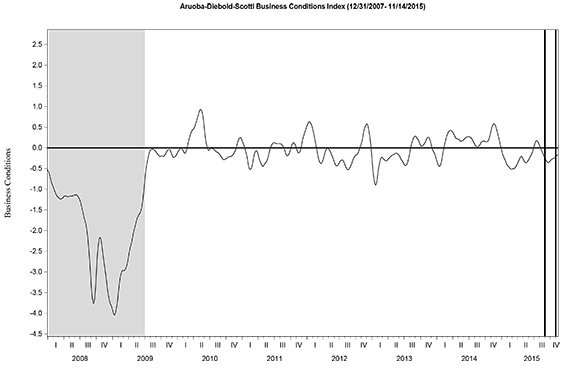 An excerpt from the November 19 release:

“The U.S. LEI rose sharply in October, with the yield spread, stock prices, and building permits driving the increase,” said Ataman Ozyildirim, Director of Business Cycles and Growth Research at The Conference Board. “Despite lackluster third quarter growth, the economic outlook now appears to be improving. While the U.S. LEI’s six-month growth rate has moderated, the U.S. economy remains on track for continued expansion heading into 2016.”

Here is a chart of the LEI from Doug Short’s blog post of November 19 titled “Conference Board Leading Economic Index Rose in October“: