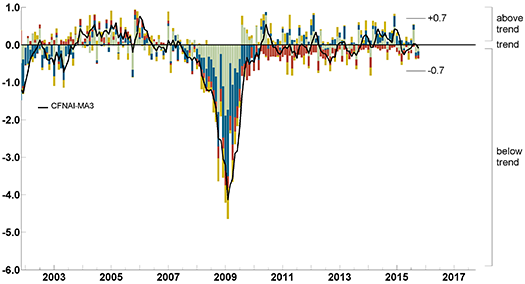 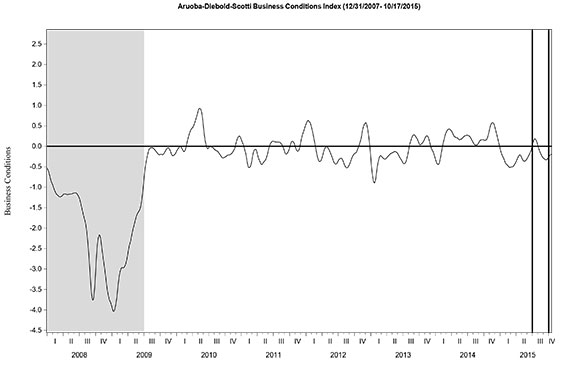 An excerpt from the October 22 release:

“Despite September’s decline, the U.S. LEI still suggests economic expansion will continue, although at a moderate pace,” said Ataman Ozyildirim, Director of Business Cycles and Growth Research at The Conference Board. “The recent weakness in stock markets, the manufacturing sector and housing permits was offset by gains in financial indicators, and to a lesser extent improvements in consumer expectations and initial claims for unemployment insurance. The U.S. economy is on track for moderate growth of about 2.5 percent in the coming quarters, despite the mixed global economic landscape.”

Here is a chart of the LEI from Doug Short’s blog post of October 22 titled “Conference Board Leading Economic Index Declined in September“: