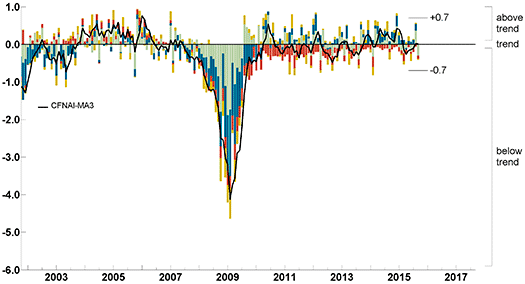 A chart of the WLI,Gr., from Doug Short’s post of September 18, 2015, titled “ECRI Weekly Leading Index: Up Slightly from Last Week“: 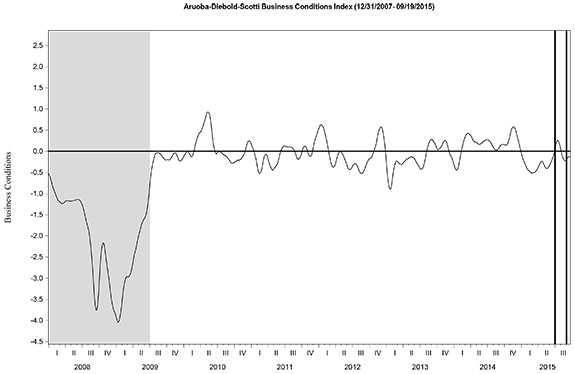 An excerpt from the September 18 release:

“The U.S. LEI suggests economic growth will remain moderate into the New Year, with little reason to expect growth to pick up substantially,” said Ataman Ozyildirim, Director of Business Cycles and Growth Research at The Conference Board. “Average working hours and new orders in manufacturing have been weak, pointing to more slow growth in the industrial sector. However, employment, personal income and manufacturing and trade sales have all been rising, helping to offset the weakness in industrial production in recent months.”

Here is a chart of the LEI from Doug Short’s blog post of September 18 titled “Conference Board Leading Economic Index Sees Fractional Increase In August“: