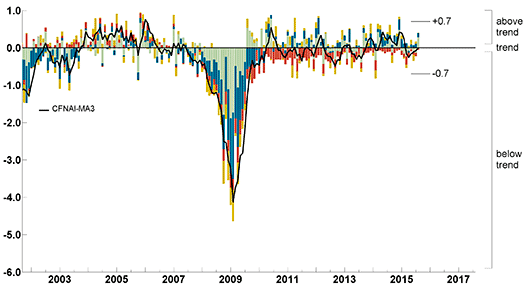 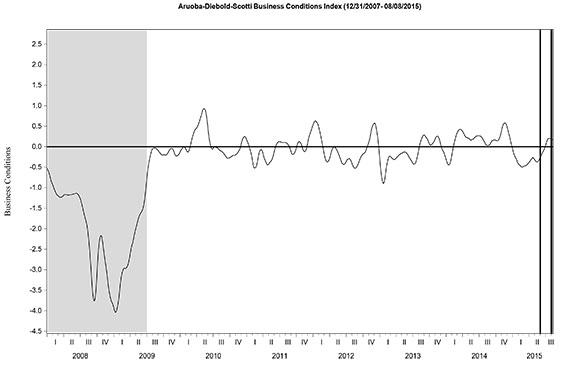 An excerpt from the August 20 release:

“The U.S. LEI fell slightly in July, after four months of strong gains. Despite a sharp drop in housing permits, the U.S. LEI is still pointing to moderate economic growth through the remainder of the year,” said Ataman Ozyildirim, Director of Business Cycles and Growth Research at The Conference Board. “Current conditions, measured by the coincident economic index, have been rising moderately but steadily, driven by rising employment and income, and even industrial production has improved in recent months.

Here is a chart of the LEI from Doug Short’s blog post of August 20 titled “Conference Board Leading Economic Index Sees Fractional Decline in July“: