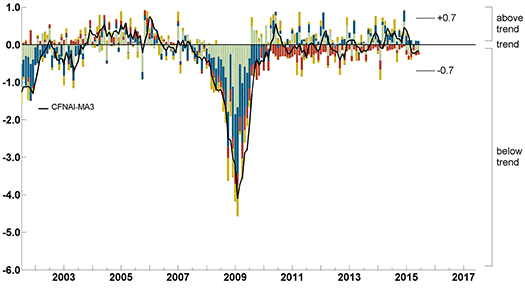 A chart of the WLI,Gr., from Doug Short’s post of June 19, 2015, titled “ECRI:  ‘Shifting Patterns in Recessions and Recoveries’“: 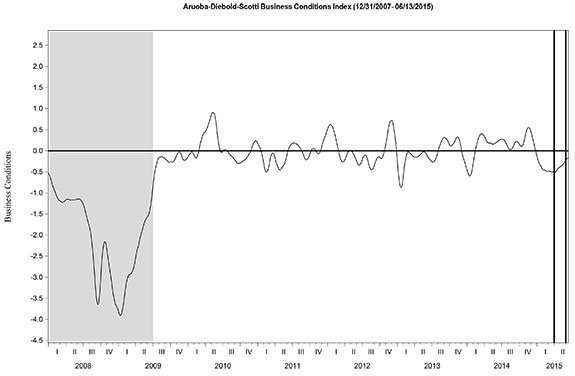 An excerpt from the June 18 release:

“The U.S. LEI increased sharply again in May, confirming the outlook for more economic expansion in the second half of the year after what looks to be a much weaker first half,” said Ataman Ozyildirim, Director, Business Cycles and Growth Research, at The Conference Board. “While residential construction and consumer expectations support the more positive outlook, industrial production and new orders in manufacturing are painting a somewhat more mixed picture.”

Here is a chart of the LEI from Doug Short’s blog post of June 18 titled “Conference Board Leading Economic Index Increased Again in May“: