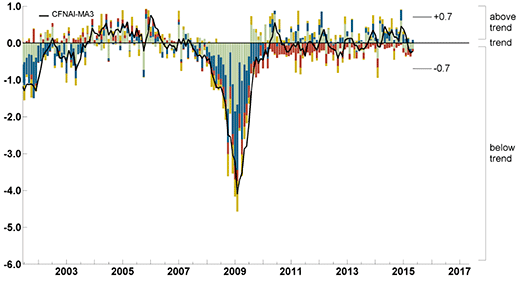 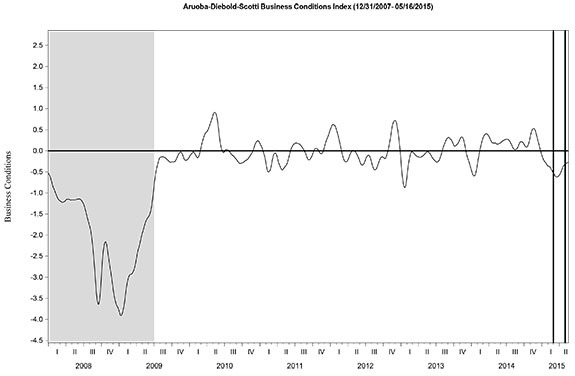 An excerpt from the May 21 release:

“April’s sharp increase in the LEI seems to have helped stabilize its slowing trend, suggesting the paltry economic growth in the first quarter may be temporary,” said Ataman Ozyildirim, Economist at The Conference Board. “However, the growth of the LEI does not support a significant strengthening in the economic outlook at this time. The improvement in building permits helped to drive the index up this month, but gains in other components, in particular the financial indicators, have been somewhat more muted.”

Here is a chart of the LEI from Doug Short’s blog post of May 21 titled “Conference Board Leading Economic Index Increased Again in April“: