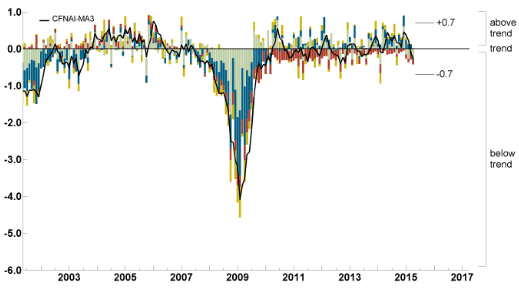 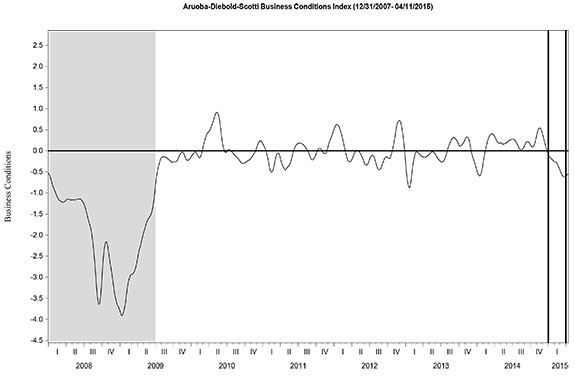 An excerpt from the April 17 release:

“Although the leading economic index still points to a moderate expansion in economic activity, its slowing growth rate over recent months suggests weaker growth may be ahead,” said Ataman Ozyildirim, Economist at The Conference Board. “Building permits was the weakest component this month, but average working hours and manufacturing new orders have also slowed the LEI’s growth over the last six months.”

Here is a chart of the LEI from Doug Short’s blog post of April 17 titled “Conference Board Leading Economic Index Remains in Growth Territory“: