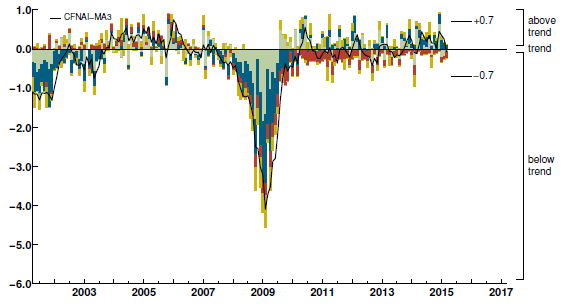 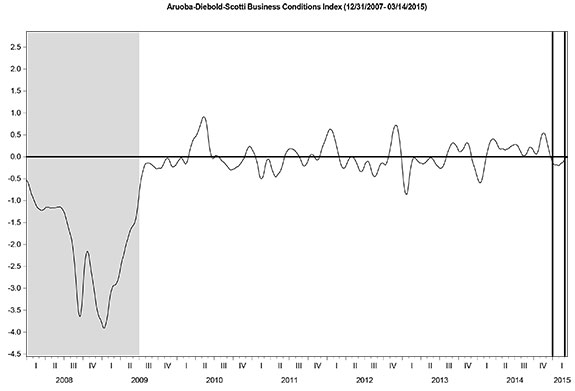 An excerpt from the March 19 release:

“Widespread gains among the leading indicators continue to point to short-term growth,” said Ataman Ozyildirim, Economist at The Conference Board. “However, easing in the LEI’s six-month change suggests that we may be entering a period of more moderate expansion. With the February increase, the LEI remains in growth territory, but weakness in the industrial sector and business investment is holding economic growth back, despite improvements in labor markets and consumer confidence.”

Here is a chart of the LEI from Doug Short’s blog post of March 20 titled “Conference Board Leading Economic Index Remains in Growth Territory“: