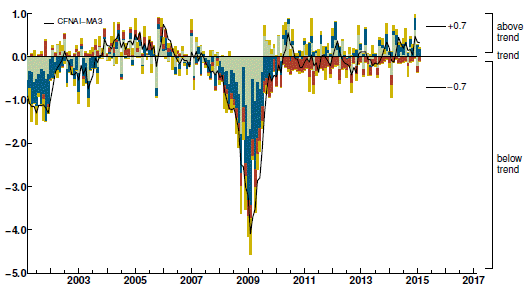 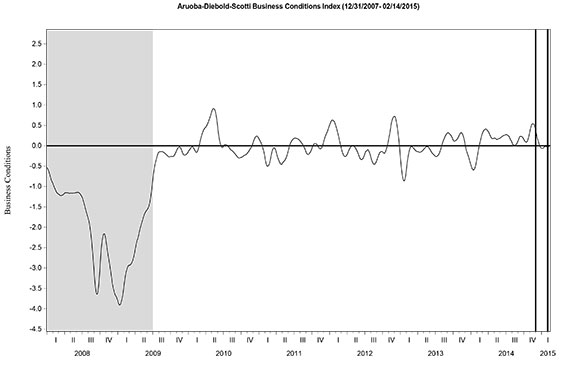 An excerpt from the February 19 release:

“The U.S. Leading Economic Index increased again in January, but its pace of growth has moderated in recent months,” said Ataman Ozyildirim, Economist at The Conference Board. “While the LEI suggests a positive short-term outlook in 2015, the lack of strong momentum in residential construction, along with a weak outlook for new orders in manufacturing, poses a downside risk for the U.S. economy.”

Here is a chart of the LEI from Doug Short’s blog post of February 19 titled “Conference Board Leading Economic Index:  Growth Moderates“: