On February 13, 2015, the Zillow Q1 2015 Home Price Expectations Survey results were released.  This survey is done on a quarterly basis.

“During the past year, expectations for annual home value appreciation over the long run have remained flat, despite lower mortgage rates,” said Terry Loebs, Founder of Pulsenomics. “Regarding the near-term outlook, there is a clear consensus among the experts that the positive momentum in U.S. home prices will continue to slow this year.  At 4.4 percent, overall expectations for nationwide home value growth in 2015 are one-third lower than the actual 6.6 percent appreciation rate recorded last year.” 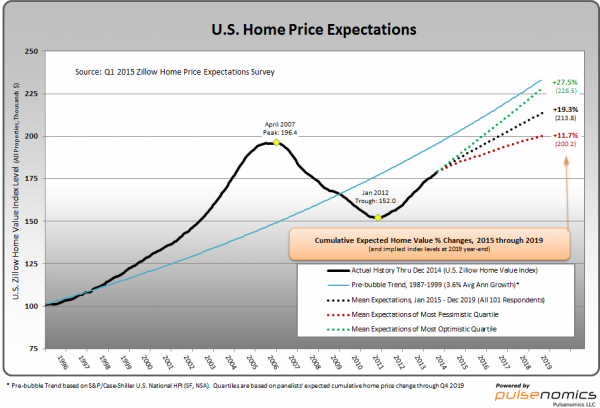