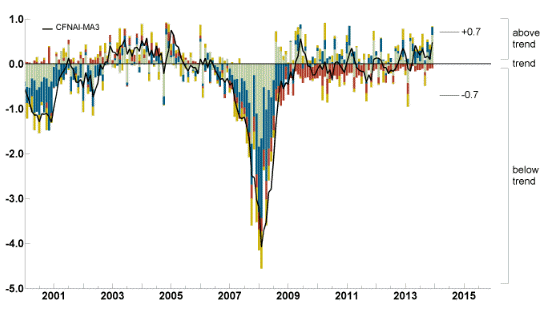 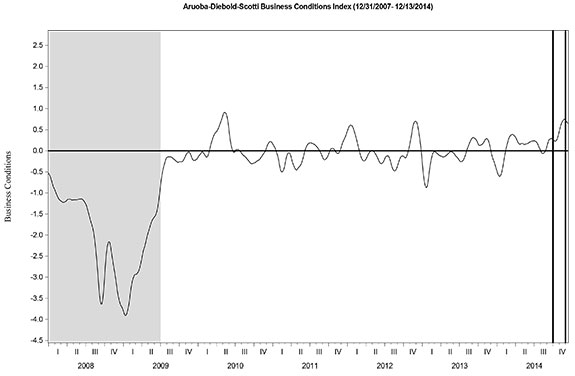 An excerpt from the December 18 release:

“Widespread and persistent gains in the LEI point to strong underlying conditions in the U.S. economic expansion,” said Ataman Ozyildirim, Economist at The Conference Board. “The current situation, measured by the coincident economic index, has been improving steadily, with employment and industrial production making the largest contributions in November.”

Here is a chart of the LEI from Doug Short’s blog post of December 18 titled “Conference Board Leading Economic Index Increased Again in November“ :