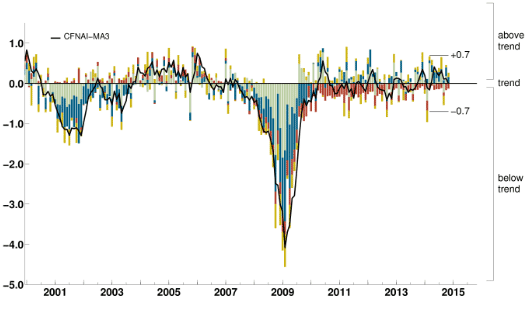 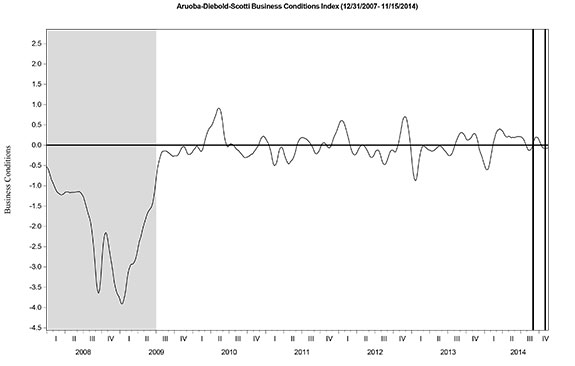 An excerpt from the November 20 release:

“The upward trend in the LEI points to continued economic growth through the holiday season and into early 2015,” said Ken Goldstein, Economist at The Conference Board. “This is consistent with our outlook for relatively good, but not great, consumer demand over the near term. Going forward, there are continued concerns about slow business investment and lackluster income growth.”

Here is a chart of the LEI from Doug Short’s blog post of November 20 titled “Conference Board Leading Economic Index Increased Again in October“ :