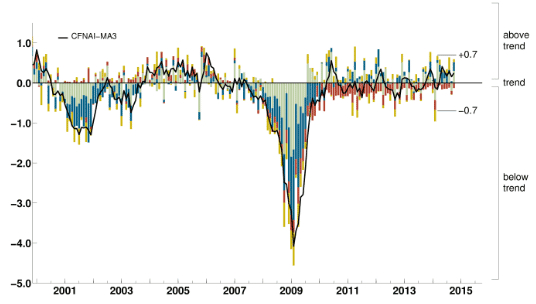 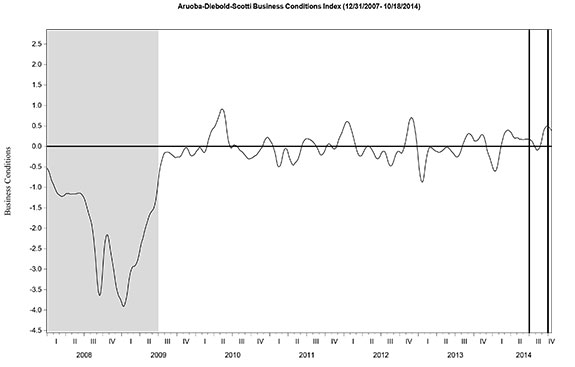 An excerpt from the October 23 release:

“The LEI picked up in September, after no change in August, and the strengths among its components have been very widespread over the past six months,” said Ataman Ozyildirim, Economist at The Conference Board. “The outlook for improving employment and further income growth are expected to support the moderate expansion in the U.S economy for the remainder of the year.”

Here is a chart of the LEI from Doug Short’s blog post of October 23 titled “Conference Board Leading Economic Index Increased in September“ :