Gallup’s Economic Confidence Index fell two points in July to -17, which is the lowest index reading since March.

Meanwhile, 38% of Americans last month said the economy is getting better while 57% said it is getting worse. This results in a net economic outlook score of -19, the lowest score since last December. Thus, the drop in overall U.S. economic confidence in July was the result of souring views of the economy’s direction rather than changing assessments of current conditions. 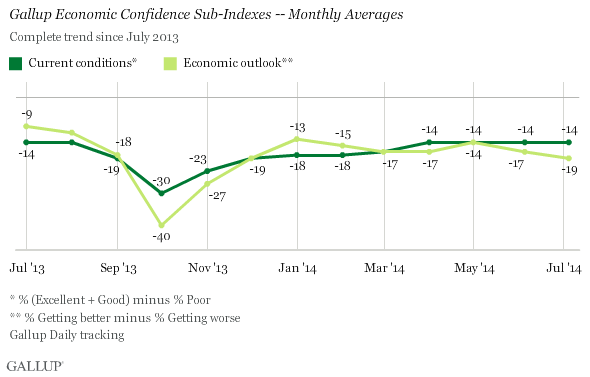