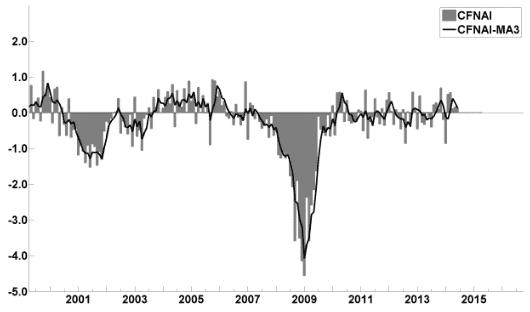 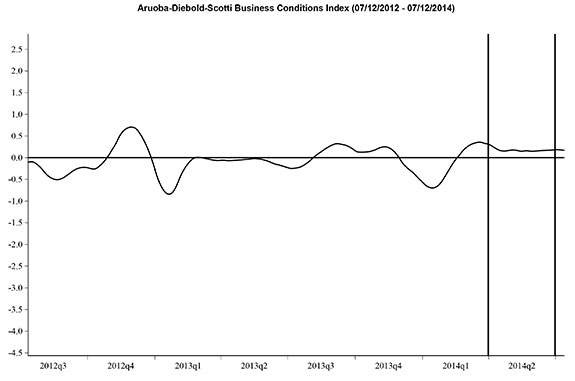 An excerpt from the July 18 release:

“The CEI shows the pace of economic activity continued to expand moderately through June,” said Ken Goldstein, Economist at The Conference Board. “Stronger consumer demand driven by sustained job gains and improving confidence remains the main source of improvement for the U.S. economy. In addition to a stronger housing market, more business investment could also provide an upside to the overall economy.”

Here is a chart of the LEI from Doug Short’s blog post of July 18 titled “Conference Board Leading Economic Index:  Fifth Monthly Increase“ :