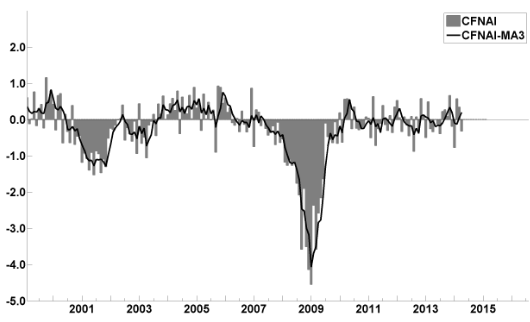 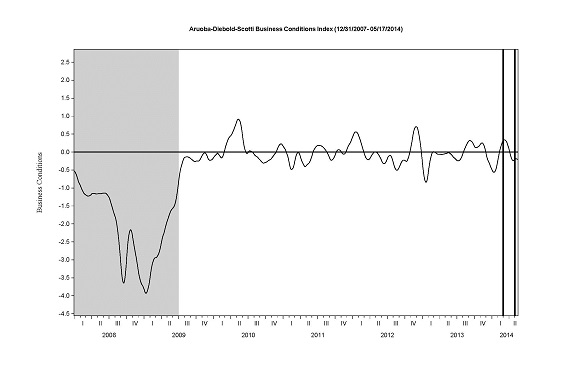 An excerpt from the May 22 release:

“Despite a brutal winter which brought the economy to a halt, the overall trend in the leading economic index has remained positive,” said Ken Goldstein, Economist at The Conference Board. “If consumers continue to spend, and businesses pick up the pace of investment, the industrial core of the economy will benefit and GDP growth could move closer towards the 3 percent range.”

Here is a chart of the LEI from Doug Short’s blog post of May 22 titled “Conference Board Leading Economic Index Increased in April“ :