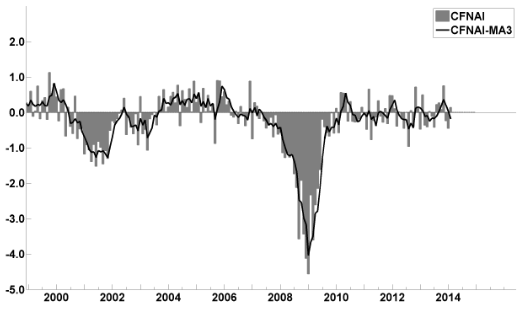 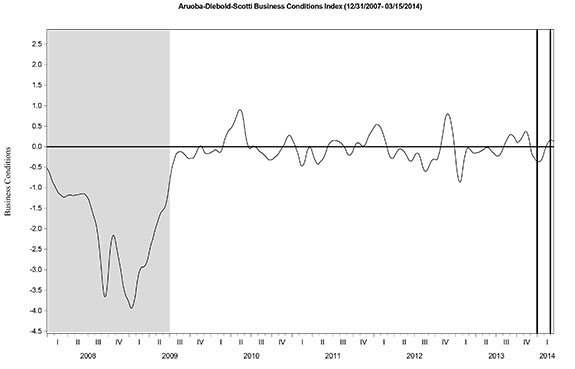 An excerpt from the March 20 release:

“While the CEI shows the pace of economic activity remained slow at the start of 2014, the trend in the LEI remains quite positive,” said Ken Goldstein, Economist at The Conference Board. “The biggest challenge continues to be weak consumer demand, pinned down by weak wage growth. These conditions were still in evidence the first two months of the year, but will likely improve as spring arrives.”

Here is a chart of the LEI from Doug Short’s blog post of March 20 titled “Conference Board Leading Economic Index Increased in February“ :