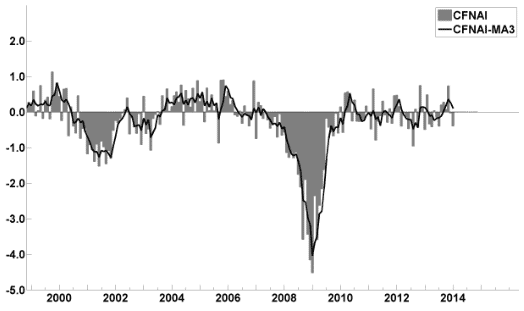 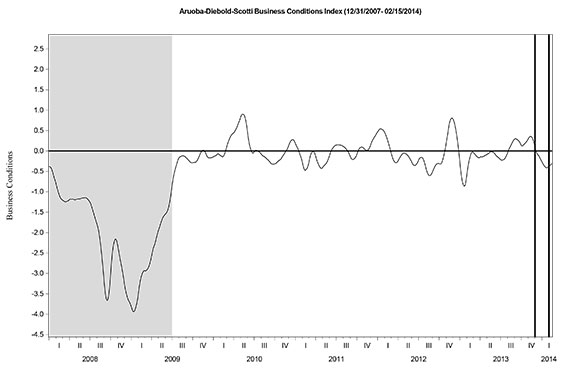 An excerpt from the February 20 release:

“The increase in the Leading Economic Index reflects an economy that is expanding moderately, although the pace is somewhat held back by persistent and severe inclement weather in most parts of the country,” said Economist Ken Goldstein. “If the economy is going to move on to a faster track in 2014 compared to last year, consumer demand and especially investment will need to pick up significantly from their current trends.

Here is a chart of the LEI from Doug Short’s blog post of February 23 titled “Conference Board Leading Economic Index Edged up in January“ :