The May Chicago Fed National Activity Index (CFNAI)(pdf) updated as of May 20, 2013: 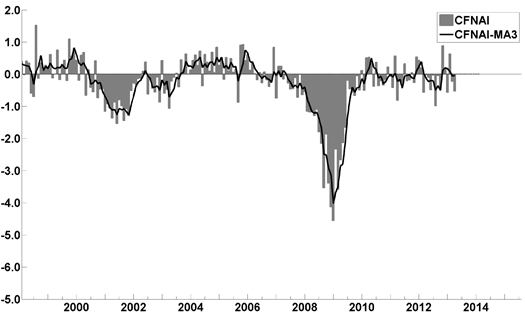 A chart of the WLI, Gr. since 2000, from Doug Short’s blog of May 17 titled “Recession Watch: ECRI’s Weekly Leading Indicator Declines” : 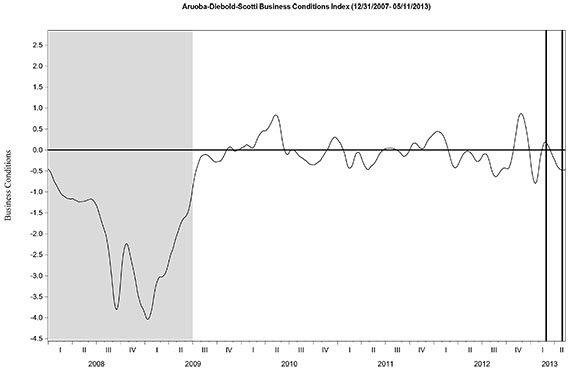 An excerpt from the May 17 release:

Says Ataman Ozyildirim, economist at The Conference Board: “After a slight decline in March, the U.S. LEI rebounded in April, led by housing permits and the interest rate spread. Labor market conditions also contributed, although consumers’ outlook on the economy remains weak. In general, the LEI points to a continuing economic expansion with some upside potential. Meanwhile, the CEI, a measure of current conditions, has returned to a slow growth path, despite declining industrial production in April.”

Here is a chart of the LEI from Doug Short’s blog post of May 17 titled “Conference Board Leading Economic Index:  April Rebound Suggests Continuing Economic Expansion” :