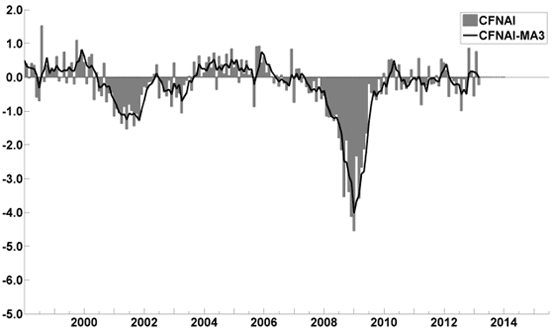 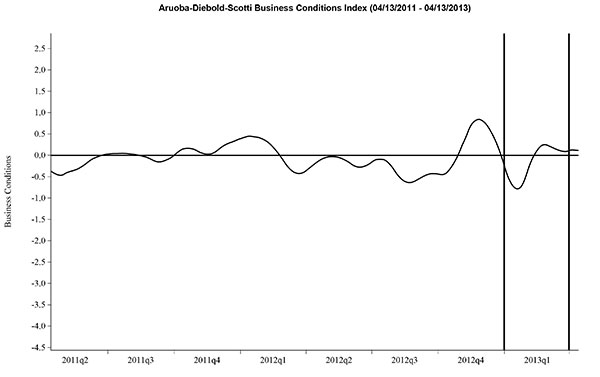 An excerpt from the April 18 release:

Says Ataman Ozyildirim, economist at The Conference Board: “After three consecutive gains, the U.S. LEI dipped slightly in March, with equally balanced strengths and weaknesses among its components. The leading indicator still points to a continuing but slow growth environment. Weakness in consumer expectations and housing permits was offset by the positive interest rate spread and other financial components. Meanwhile, the coincident economic index, a measure of current conditions, is down since December due to a large decline in personal income.”

Here is a chart of the LEI from Doug Short’s blog post of April 18 titled “Conference Board Leading Economic Index:  ‘Declined Slightly in March’” :