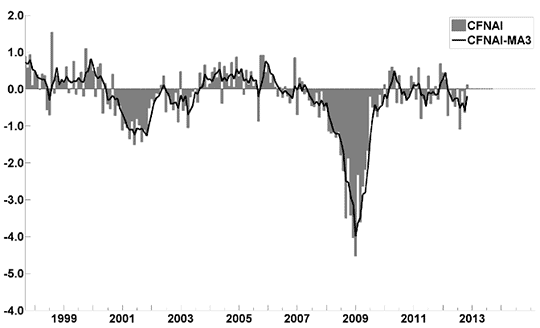 A chart of the WLI, Gr. since 2000, from Doug Short’s blog of December 21 titled “ECRI Weekly Leading Index:  The Recession Call Is Further Undermined” : 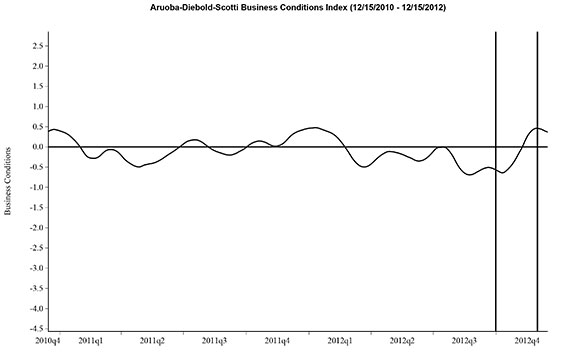 An excerpt from the December 20 release:

Says Ken Goldstein, economist at The Conference Board: “The indicators reflect an economy that remains weak in the face of strong domestic and international headwinds, as it faces a looming fiscal cliff. Growth will likely be slow through the early months of 2013.”

Here is a chart of the LEI from Doug Short’s blog post of December 20 titled “Conference Board Leading Economic Index:  Six-Month Growth at Zero” :