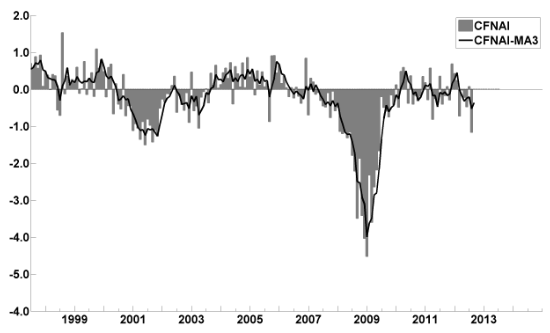 A chart of the WLI, Gr. since 2000, from Doug Short’s blog of October 19 titled “ECRI Weekly Leading Index:  Index Slips But Growth Rises” : 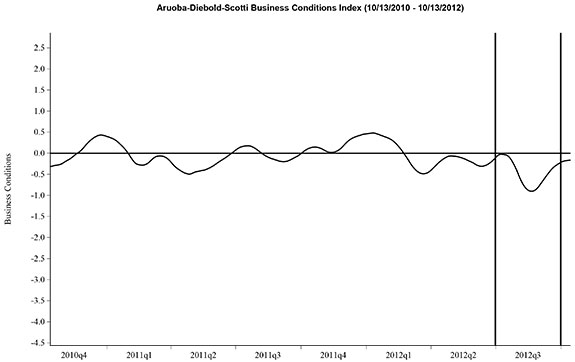 An excerpt from the October 18 release:

Says Ataman Ozyildirim, economist at The Conference Board: “The U.S. LEI increased in September, more than offsetting the decline in August. The LEI has been signaling an economy that is fluctuating around a slow growth trend. The six-month growth rate has slowed substantially, but still remains in growth territory due to positive contributions from the housing and financial components. Meanwhile, the coincident economic index also increased in September.”

Here is a chart of the LEI from Doug Short’s blog post of October 18 titled “Conference Board Leading Economic Index:  Fluctuating Around a Slow-Growth Trend” :