The March NFIB Small Business Optimism was released April 12.  The headline of the Press Release is “Hiring Up, But Optimism Down in March.”

The Index of Small Business Optimism declined 2.6 points in March, falling to 91.9.

“The index is consistent with recession-level readings. The decline comes after several consecutive months of a slow but steady growth.”

“Uncertainty continues to cloud the future while the government is persistently tone-deaf to the needs of those who create jobs and wealth. Today’s recession-level reading is, all in all, a real disappointment.”

“Continuing the credit trend that NFIB has observed for months, the vast majority of small businesses (93 percent) reported that all their credit needs were met or that they were not interested in borrowing. The historically high percent of owners who cite weak sales means that for many owners, investments in new equipment or new workers are not likely to “pay back”. Lack of demand—and not the availability of credit—appears to be the stalemate that is holding back loan growth.”

“The “fire sale” is over and profits are badly in need of some price support. Note that these hikes started before higher gas and energy prices became a real issue except for transportation firms and those with delivery services. Plans to raise prices rose 3 points to a net seasonally adjusted 24 percent of owners, the highest reading in 30 months. With an improving economy, more and more of these hikes will “stick”.”

In conjunction with this March NFIB Small Business Optimism Survey, the CalculatedRisk blog on April 12 had three charts that depicted various facets (the Index itself; Hiring Plans and Poor Sales) of the Survey, as shown below: 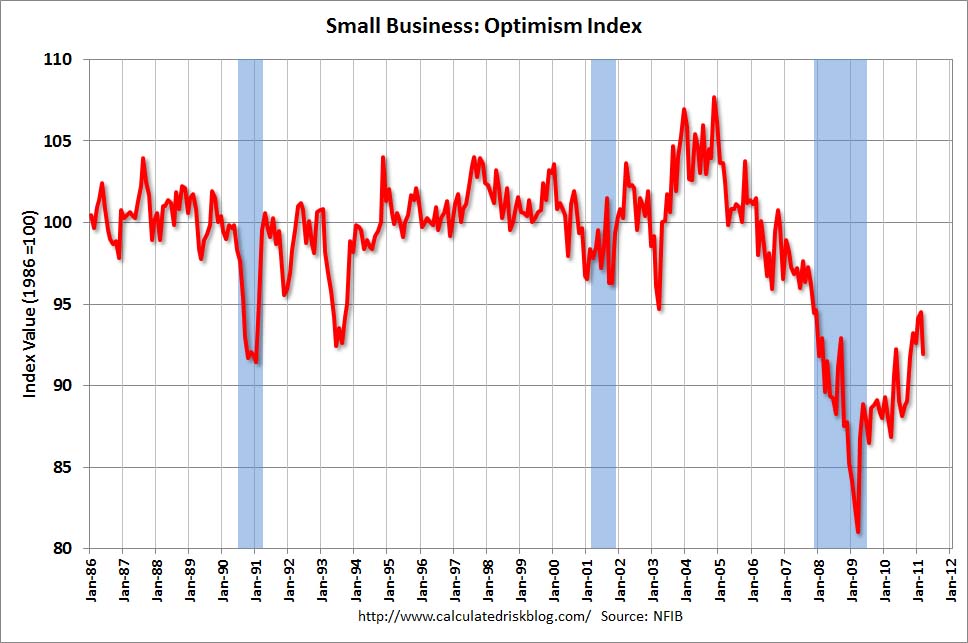 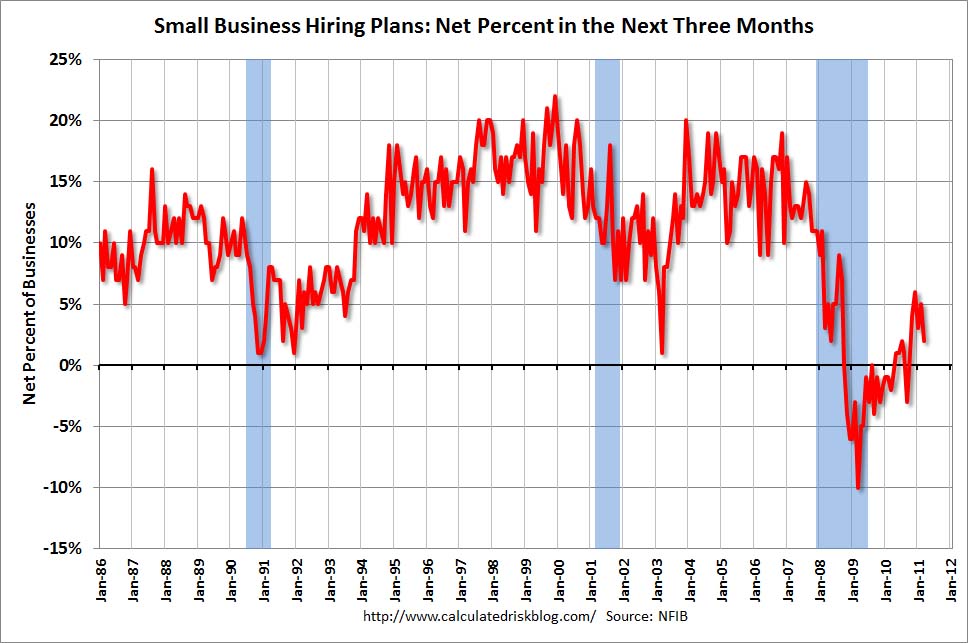 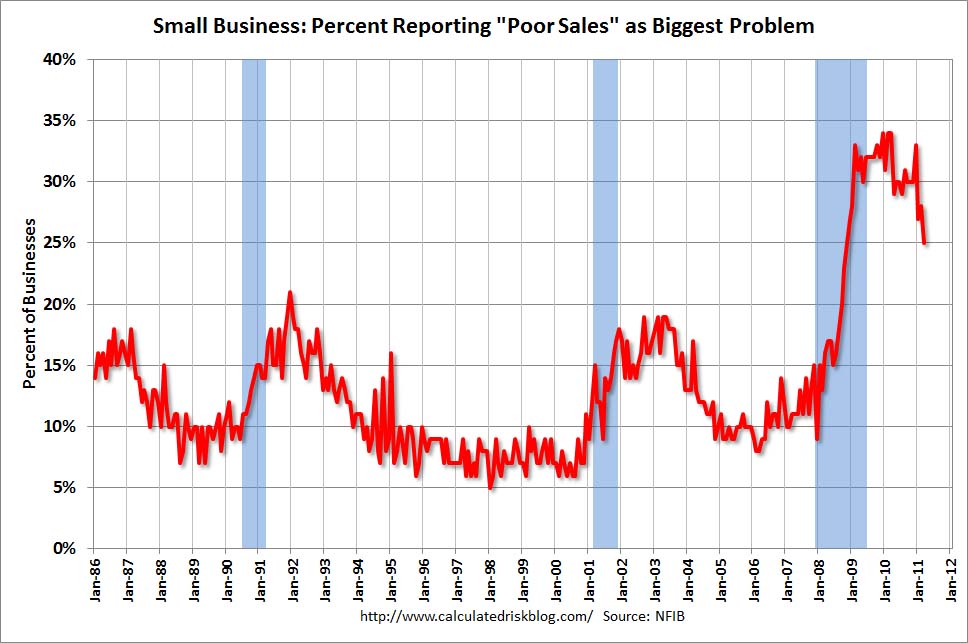 My previous posts concerning the business environment and challenges for small businesses were on January 12, and in 2010 October 18, and April 15.