Here are some especially notable excerpts from the Press Release:

“The Index has been below 93 every month since January 2008 (32 months), and below 90 for 26 of those months, all readings typical of a weak or recession-mired economy.

“The downturn may be officially over, but small business owners have for the most part seen no evidence of it,” said NFIB Chief Economist Bill Dunkelberg.”

“A near record low 33 percent of all owners reported borrowing on a regular basis.  Reported and planned capital spending are at 35-year record low levels, so fewer loans are needed.  The net percent of owners expecting credit conditions to ease in the coming months was a seasonally adjusted negative 14 percent (more owners expect that it will be harder to arrange financing), unchanged from August.  The Fed is holding rates at historically low levels, but this is not improving the outlook for the ease of financing expansion.”

In conjunction with this September NFIB Small Business Optimism Survey, the CalculatedRisk blog of October 12 had three charts that depicted various facets (the Index itself; hiring plans and Poor Sales) of the Survey, as shown below: 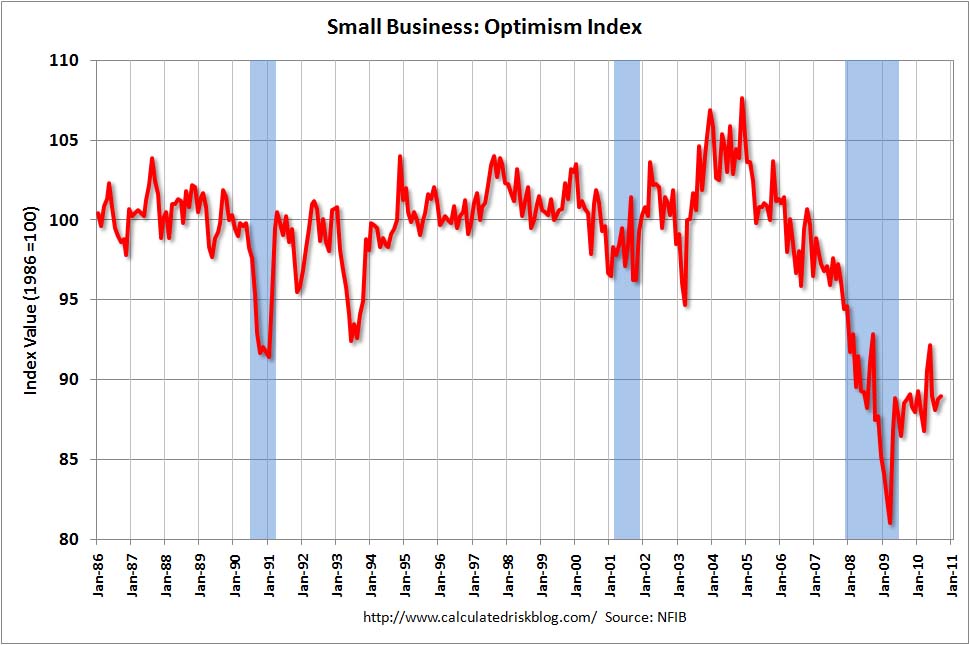 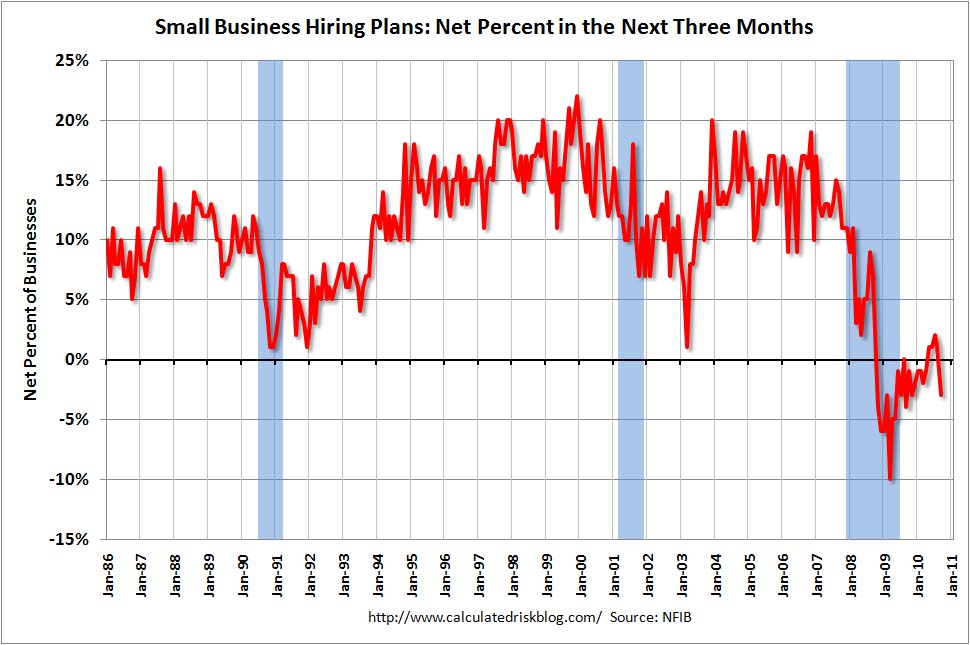 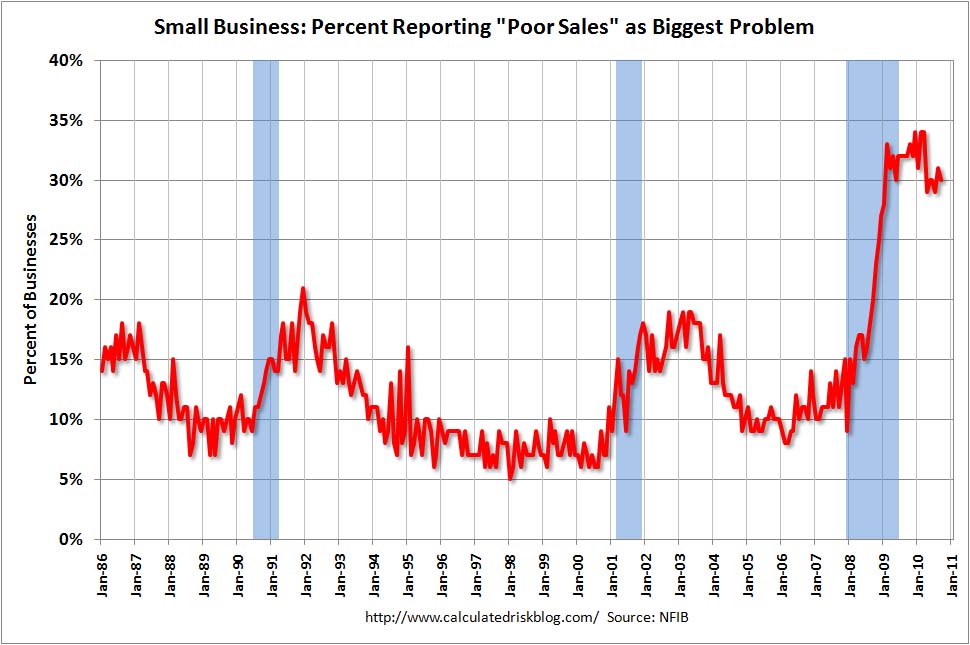 My previous post concerning the environment and challenges for small businesses was on April 15.