“Weak sales remains the top problem, stagnating hiring and spending on capital projects.  All of which are sidelining the small business sector from a recovery.  This marks the 36th month of Index readings in the recession level.”

In conjunction with this December NFIB Small Business Optimism Survey, the CalculatedRisk blog on January 11 had three charts that depicted various facets (the Index itself; Hiring Plans and Poor Sales) of the Survey, as shown below: 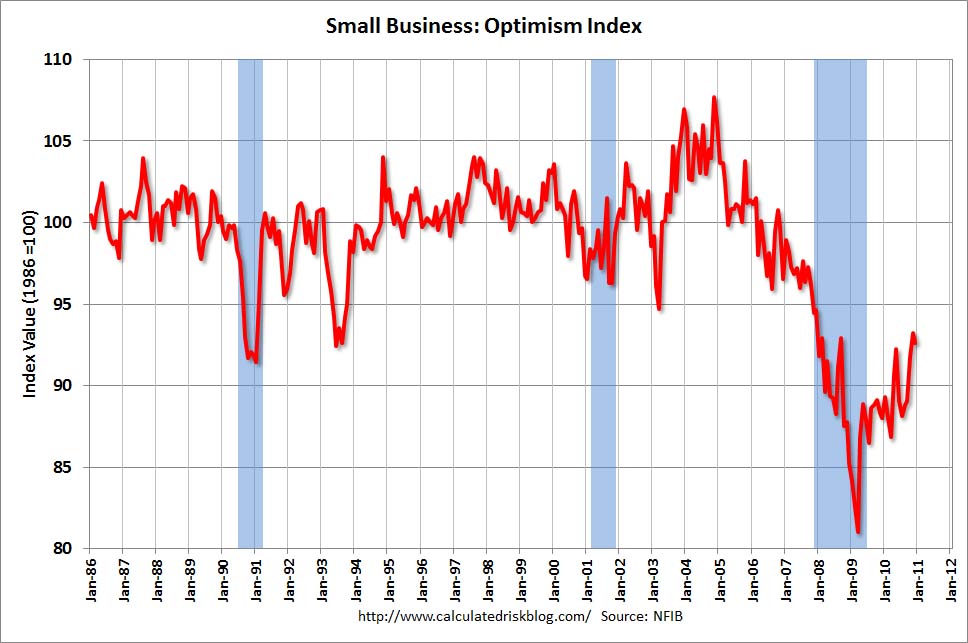 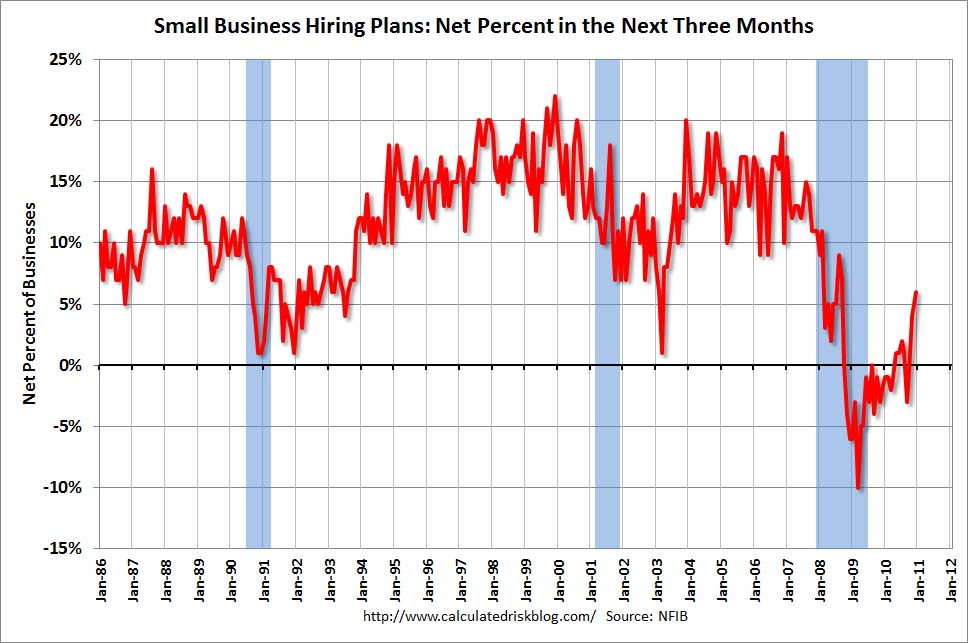 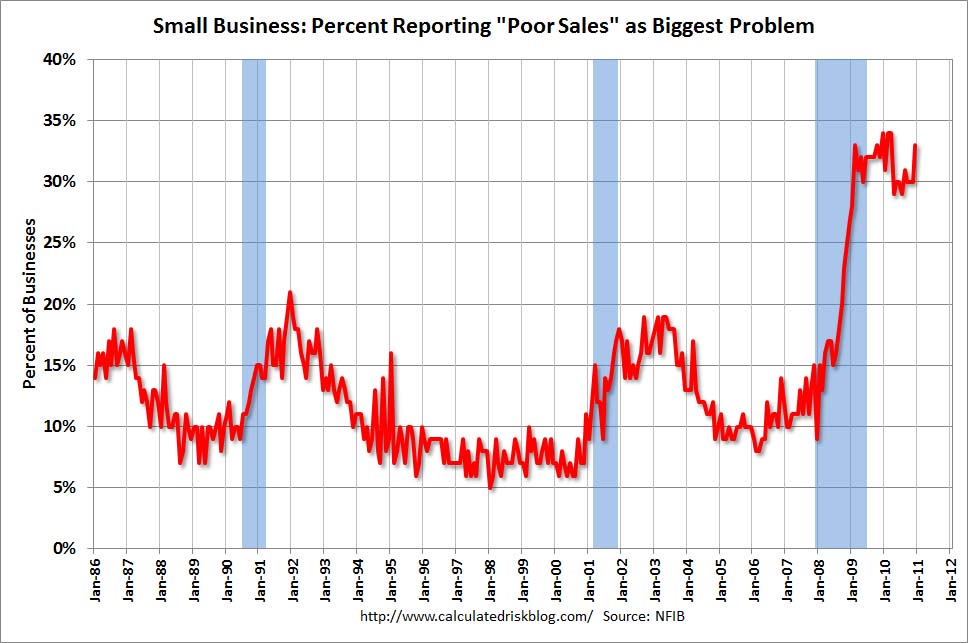 My previous posts concerning the environment and challenges for small businesses was on October 18 and April 15.