While many U.S. economic indicators – including GDP – are indicating economic growth, others depict (or imply) various degrees of weak growth or economic contraction.  As seen in the July 2018 Wall Street Journal Economic Forecast Survey the consensus (average estimate) among various economists is for 2.9% GDP growth in 2018.  However,  there are other broad-based economic indicators that seem to imply a weaker growth rate.

While I continue to have the stated reservations regarding the “yield curve” as an indicator, I do believe that it should be monitored. 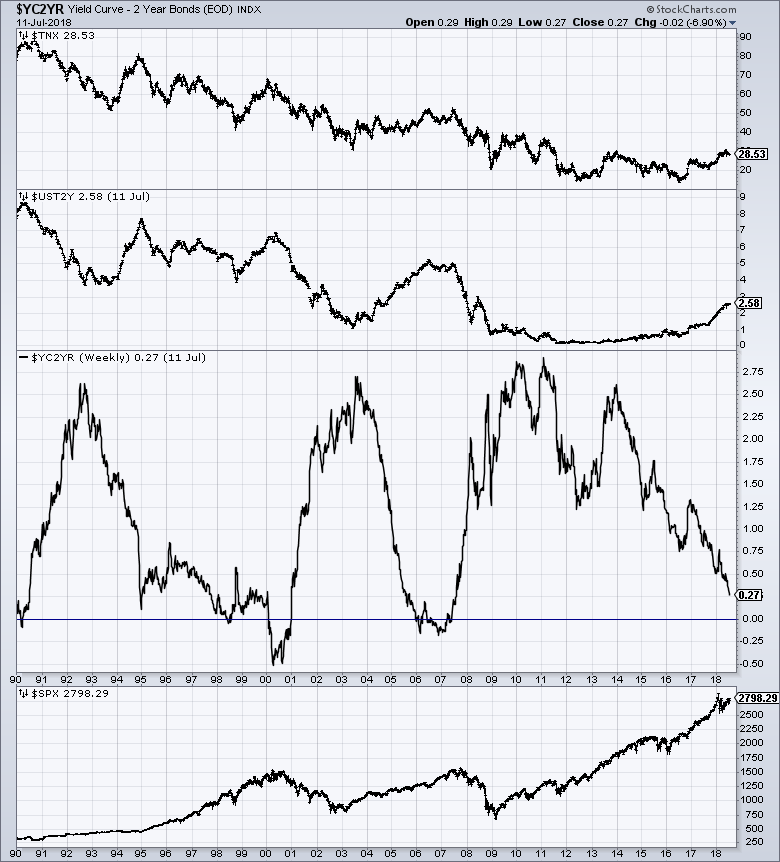 U.S. auto sales have experienced significant growth over the post-2009 period as seen in the chart shown below. The current reading (through June) is 17.381 million vehicles SAAR.  Of great economic importance is whether auto sales have peaked, which I believe has occurred, as well as other problematical characteristics of the light vehicle market.  A long-term chart is shown below: 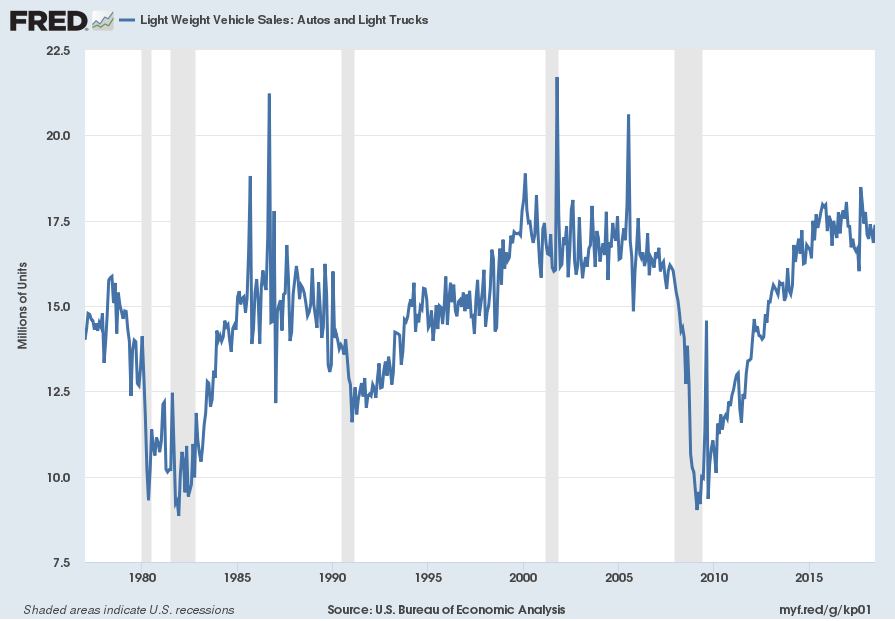 I find the flagging growth trend in the “Vehicle Miles Traveled” (NSA) measure since 2015 to be notable.

“Vehicle Miles Traveled” through April had a last value of 272,442 Million.  Shown below is  the measure displayed on a “Percent Change From Year Ago” basis with value -.2%, last updated July 2, 2018:

Another facet of economic activity is seen in the ratio of the Conference Board’s Coincident Composite Index to the Lagging Composite Index.  I interpret the trends seen in this measure to be disconcerting, as the ratio has generally been sinking for years: 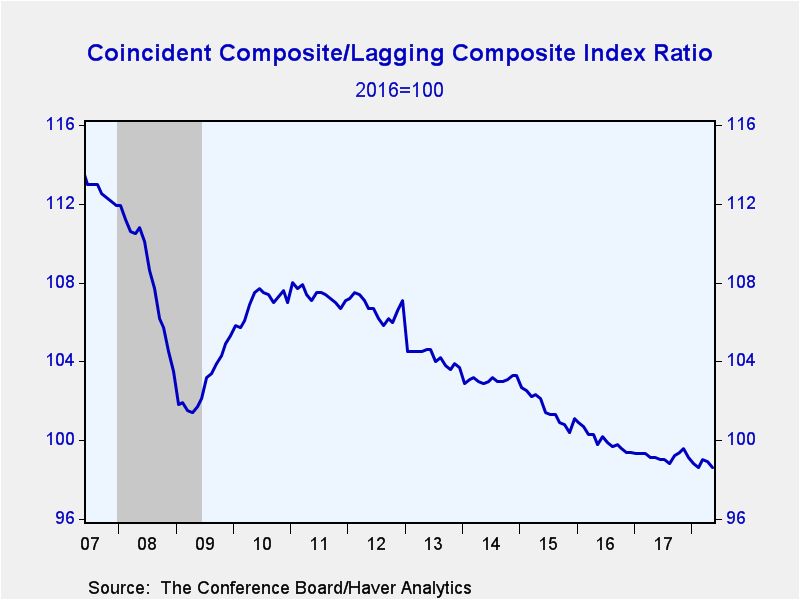