Below are three long-term charts, from Doug Short’s ECRI update post of March 2, 2018 titled “ECRI Weekly Leading Index Update:  WLI Up from Last Week.”  These charts are on a weekly basis through the March 2, 2018 release, indicating data through February 23, 2018. 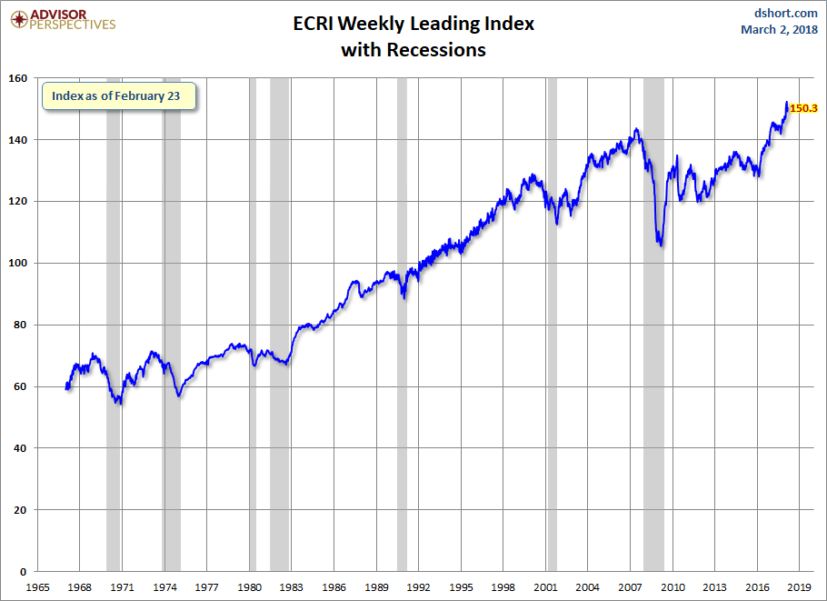 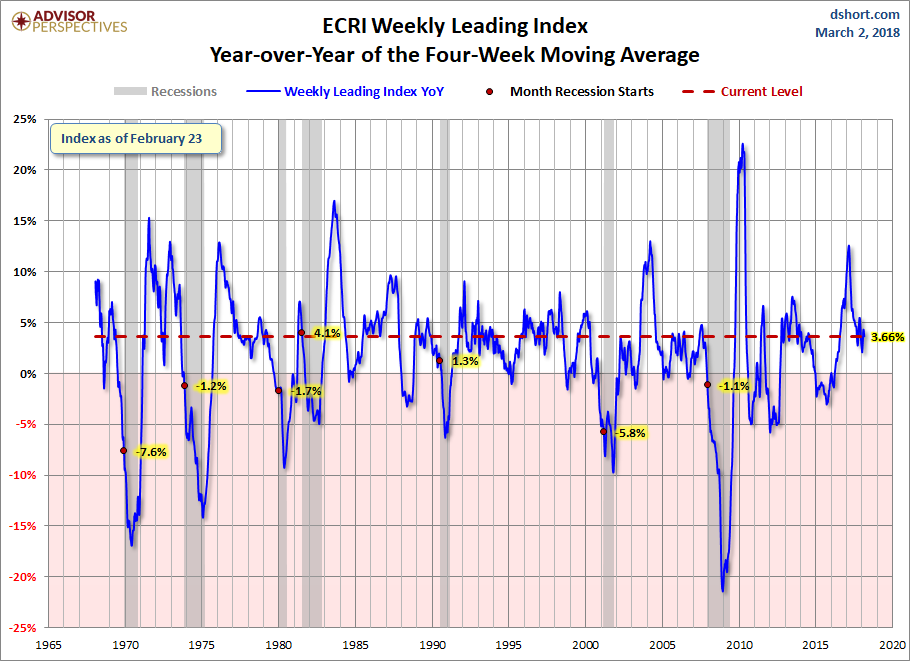 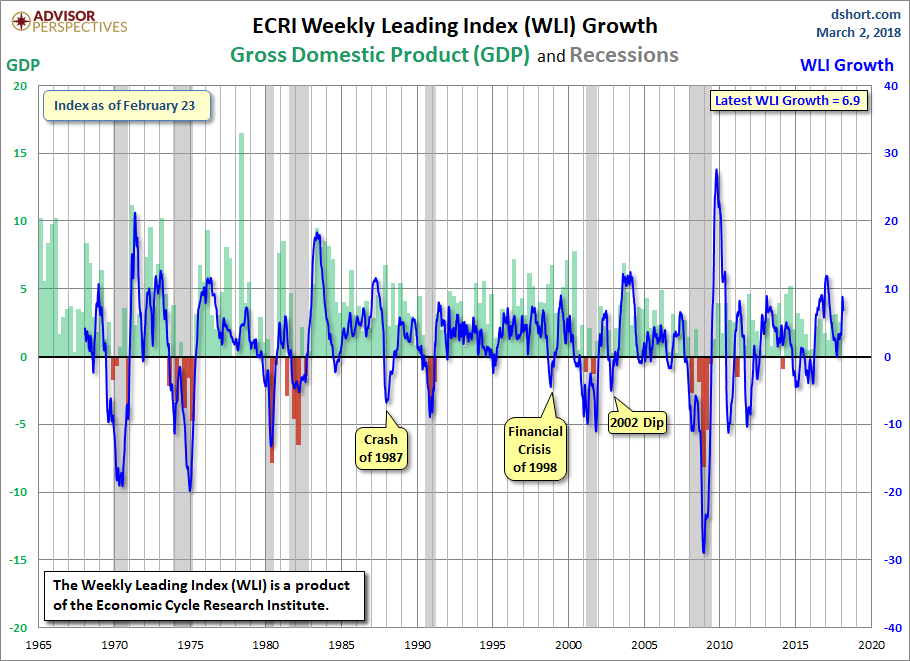