On October 31, 2017, the ECI for the third quarter was released.  Here are two excerpts from the BLS release titled “Employment Cost Index – September 2017“:

Below are three charts, updated on October 31, 2017 that depict various aspects of the ECI, which is seasonally adjusted (SA): 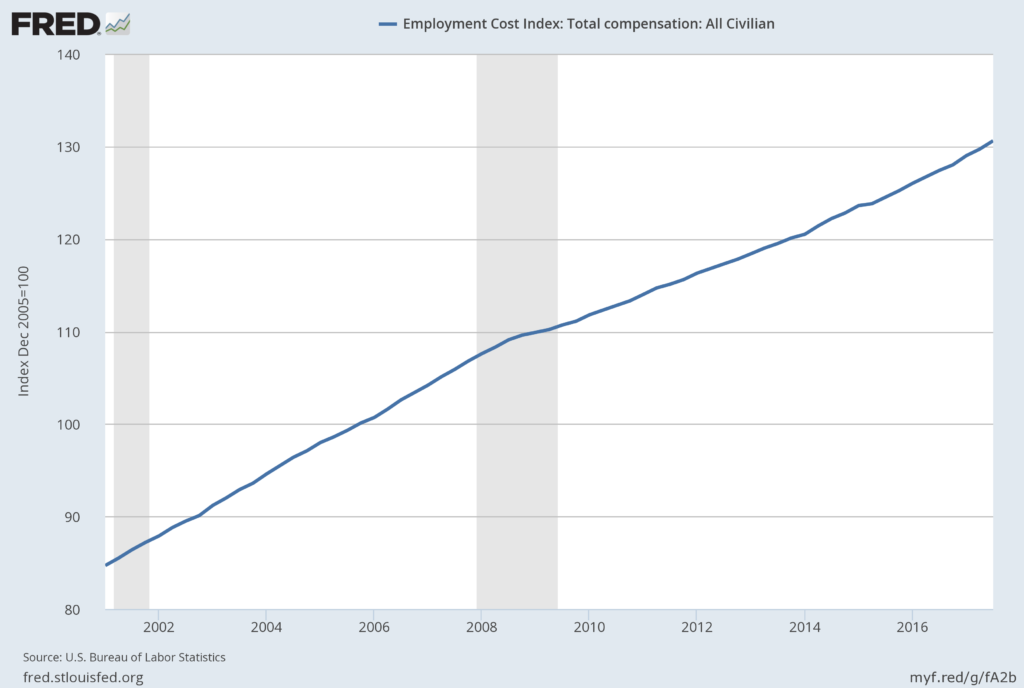 The second chart depicts the ECI on a “Percent Change from Year Ago” basis, with a value of 2.5%: 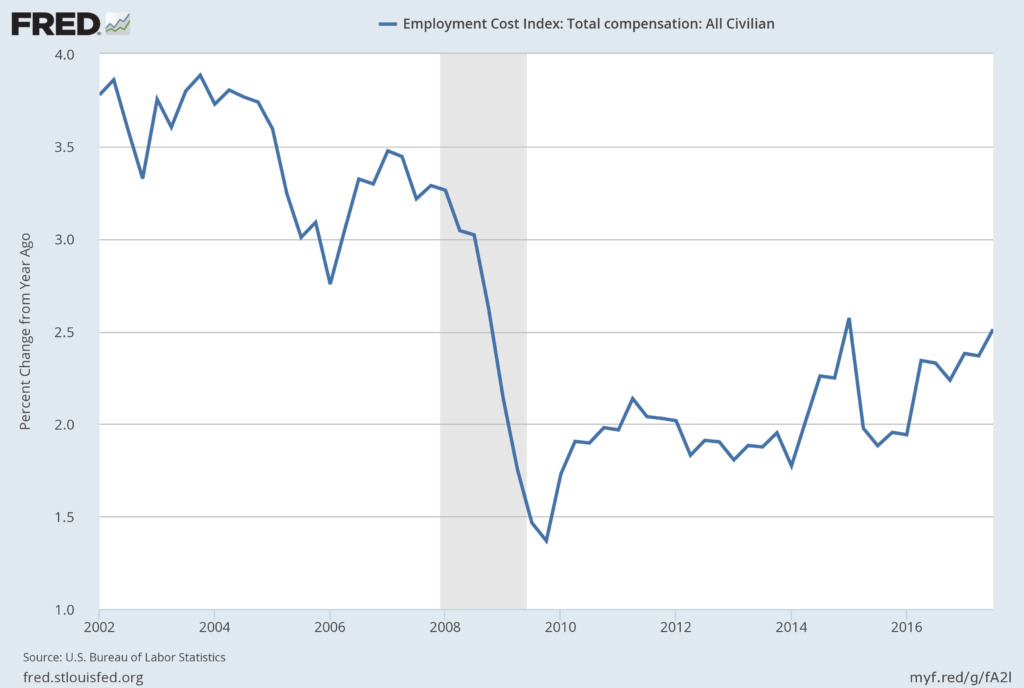 The third chart depicts the ECI on a “Percent Change” (from last quarter) basis, with a value of .7%: 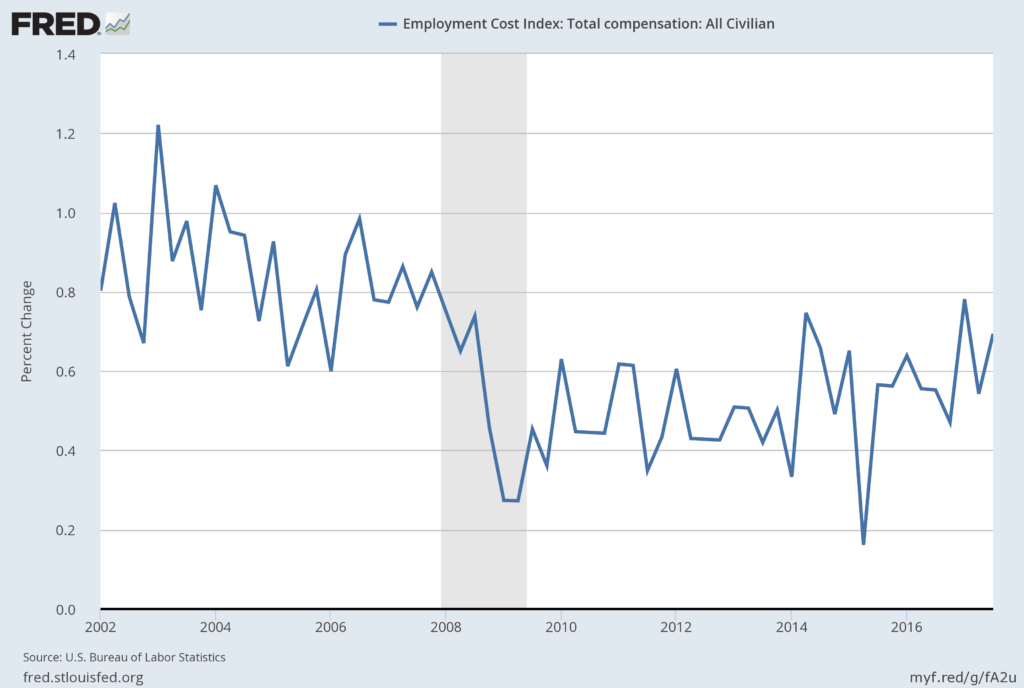