On October 3, 2017 Gallup released the poll results titled “Confidence in U.S. Economy Dips to +4 in September.”

Americans’ confidence in the economy declined slightly in September, with Gallup’s U.S. Economic Confidence Index slipping to +4 from August’s reading of +6.

However, economic expectations dimmed slightly in September. Over the course of the month, half of Americans said economic conditions were “getting worse,” while 44% said conditions were “getting better,” resulting in an economic outlook score of -6. This is down four points from August’s -2 outlook score — but, as was the case with the overall metric, was no different from how this component performed in the final half of August. In the first half of August, by contrast, the economic outlook component was neutral, meaning it averaged a score of 0. 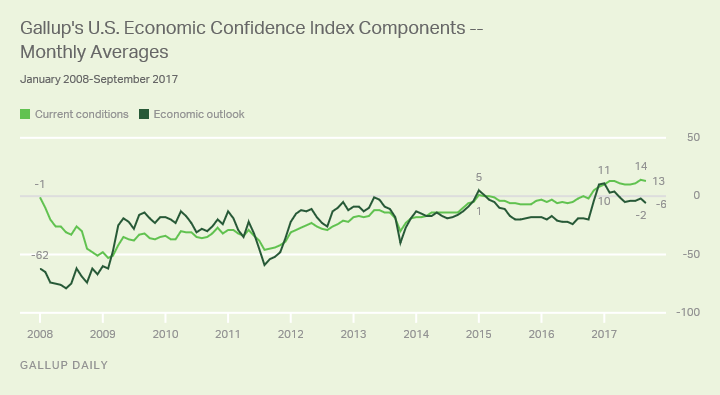 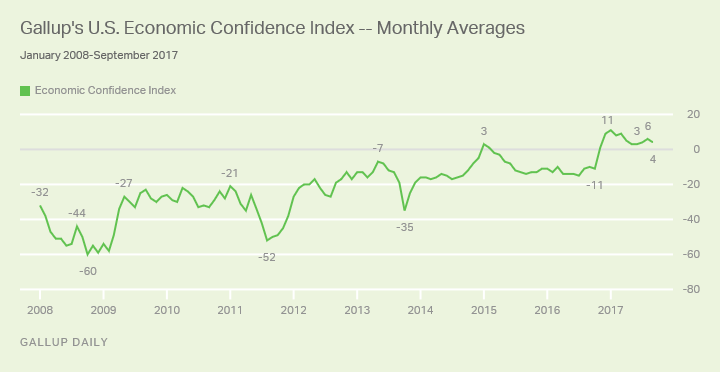