Last month, 35% of Americans described current economic conditions as “excellent” or “good,” while 21% assessed them as “poor.” Overall, the current conditions component of Gallup’s U.S. Economic Confidence Index stood at +14 for the month, slightly better than July’s +11 and the highest monthly average for this component since 2008.

Slightly more Americans, meanwhile, continued to say the economy was “getting worse” (48%) than “getting better” (46%) in August. This leaves the economic outlook component at -2 for the month, essentially no different from its performance in July (-4). 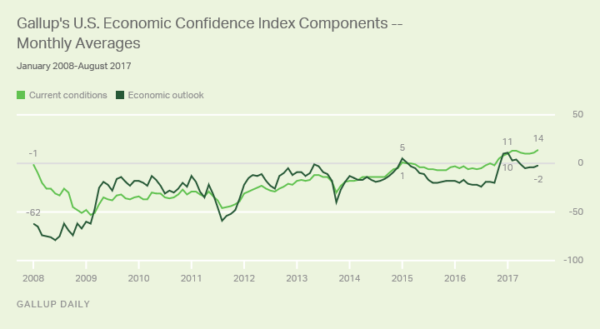 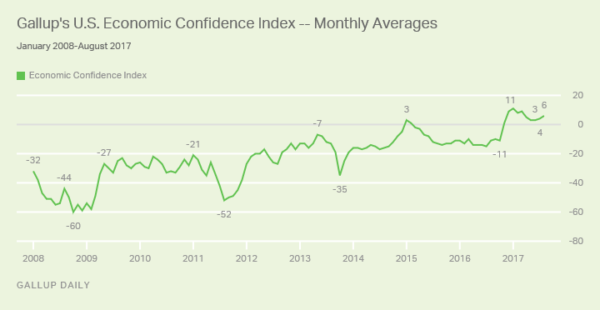