On August 1, 2017 Gallup released the poll results titled “Americans’ Confidence in Economy Positive but Near 2017 Low.”

Americans’ confidence in the economy was steady last month, with Gallup’s U.S. Economic Confidence Index averaging +4 in July. This score is nearly identical to the 2017 low of +3 registered in May and June. Still, July marked the ninth consecutive month that Americans rated the economy more positively than negatively — the longest such streak since Gallup began tracking economic confidence in 2008.

Last month, Americans continued to see current economic conditions positively, with 33% describing the economy as “excellent” or “good,” compared with 22% describing it as “poor.” This leaves the current conditions component at +11 for the month — nearly identical to its performance in June (+10).

In July, the greater share of Americans continued to see the economy as “getting worse” (49%) rather than “getting better” (45%), as has been the case since May. As a result, the economic outlook component equaled -4 last month, on par with May (-5) and June (-4). 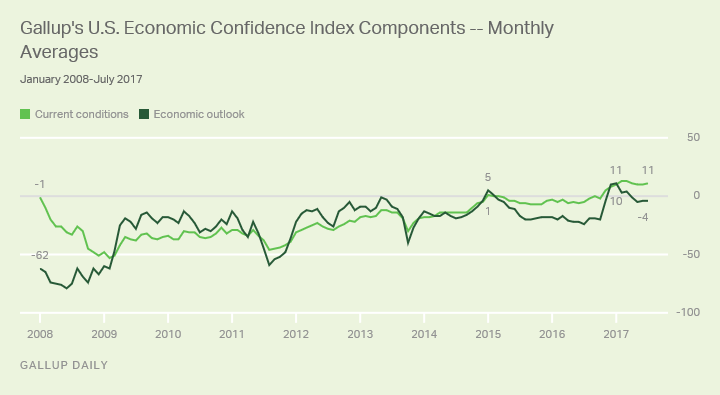 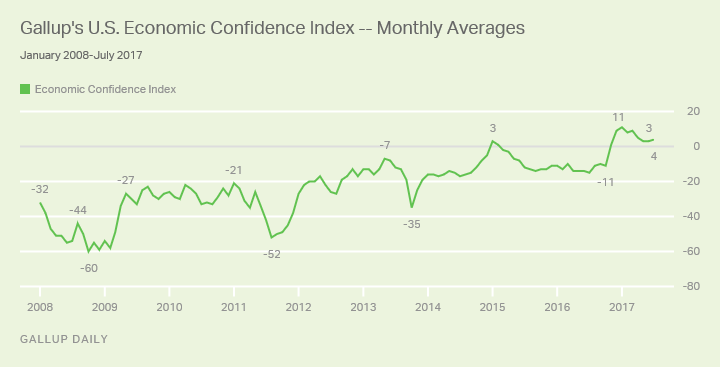