The subject of deflation contains many complex aspects, and accordingly no short discussion can even begin to be a comprehensive discussion of such.  For reference, my past posts concerning U.S. deflation can be found under the “deflation” tag.

Trying to assess and/or predict the possibility of U.S. deflation is very challenging for many reasons.  Among these reasons is that there are many different measures that are supposed to predict and/or depict the possibility of deflation, and they can show apparently contradictory readings.  Among these measures are both survey-based as well as market-based measures.

Another challenge is that deflation in the U.S. has been relatively non-existent since the beginning of the 20th Century.  As such, knowledge and “practical experience” with deflation is lacking.  As seen in the below chart (from Doug Short’s May 15, 2017 post titled “A Long-Term Look at Inflation“) with the exception of The Great Depression prolonged periods of pronounced deflation have practically been nonexistent, especially after 1950: 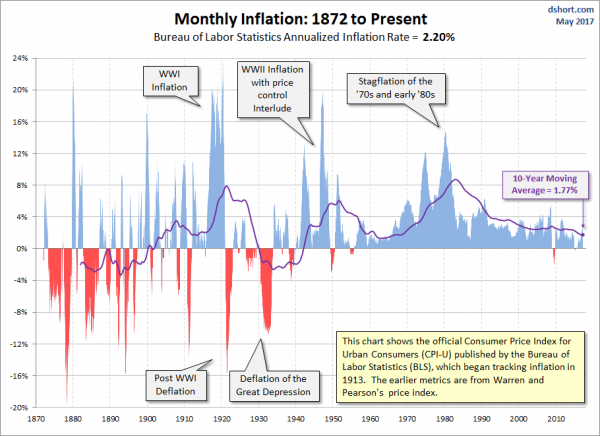 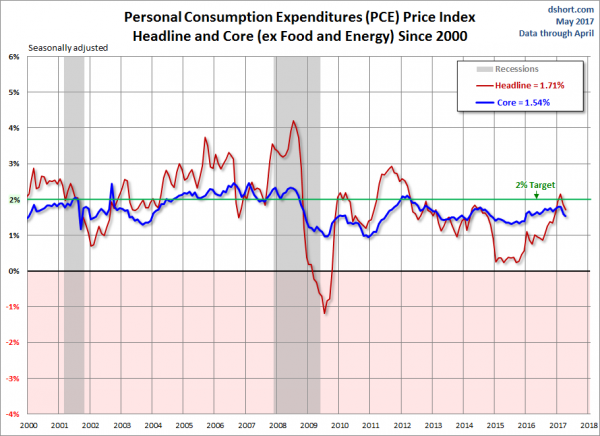 There are many reasons that I believe that U.S. deflation of a pronounced and lasting nature will occur.  Among the reasons for such are the following: 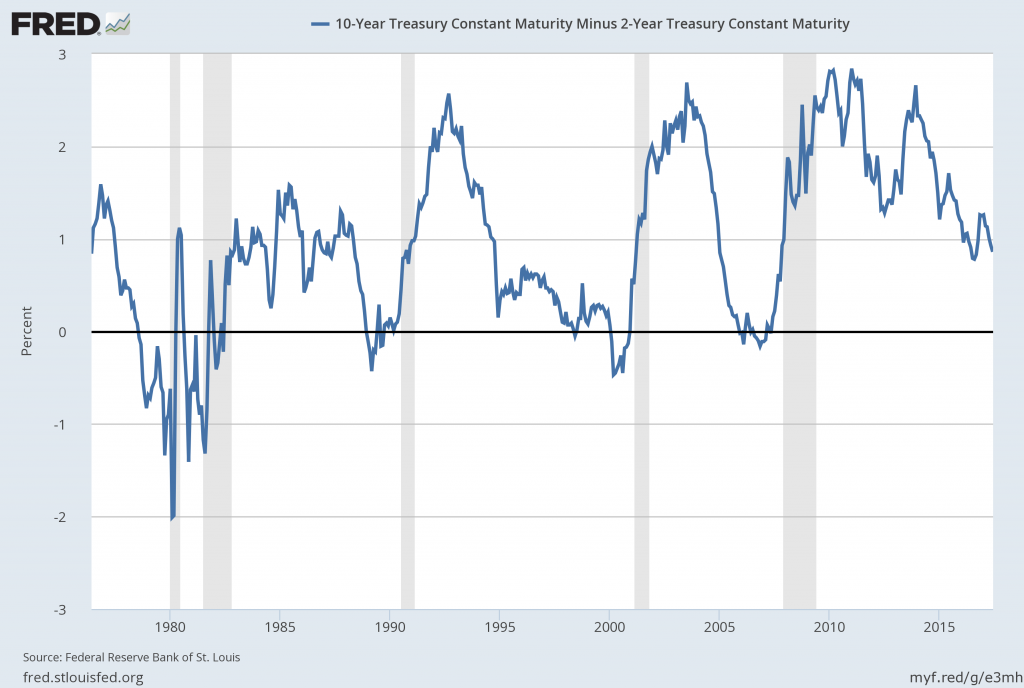 In conclusion, I continue to believe that significant (in extent and duration) U.S. deflation is on the horizon.  As discussed in the November 14, 2013 post (“Thoughts Concerning Deflation”), deflation often accompanies financial system distress.  My analyses continue to show an exceedingly complex future financial condition in which an exceedingly large “financial system crash” will occur, during  and after which outright deflation will both accompany and exacerbate economic and financial conditions.