On June 6, 2017 Gallup released the poll results titled “Confidence In Economy in May Lowest Since November 2016.”

Though still historically high, Americans’ confidence in the economy fell to a six-month low in May, largely dragged down by Democrats’ worsening economic attitudes. Gallup’s U.S. Economic Confidence Index averaged a score of +3 in May, down slightly from April (+5) but eight points below January’s record monthly high (+11).

Meanwhile, perceptions about the economy’s outlook have more clearly deteriorated. In May, slightly more Americans (49%) said the economy was “getting worse” than said it was “getting better” (45%). The economic outlook component stood at -4 for the month, representing a slight dip from April when the component averaged -1, and it is down notably from its record high in January of +11. 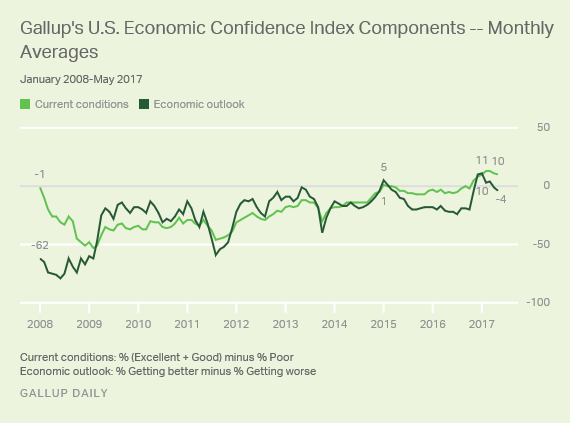 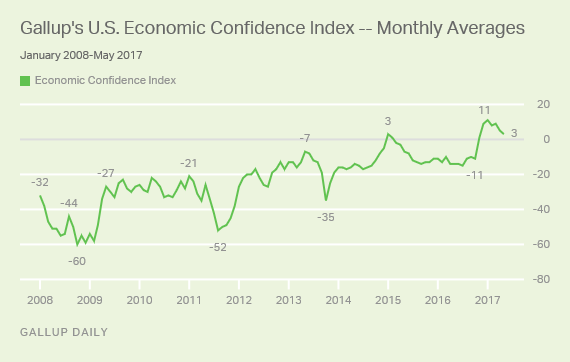