Americans’ economic confidence weakened slightly in April, but they remain positive about the current state of the U.S. economy. Gallup’s U.S. Economic Confidence Index averaged +5 in April, down four points from March’s average. Despite the dip, confidence has been in positive territory for six consecutive months — the longest such streak in the past nine years.

In April, 32% of Americans rated economic conditions in the country as “excellent” or “good,” while 21% rated conditions as “poor.” This left the current conditions component of the index at +11 for the month, down slightly from March’s +13.

Meanwhile, 46% of Americans said the economy was “getting better” in April, while 47% said it was “getting worse.” Because of this, the economic outlook component fell to -1 from +4 in March. 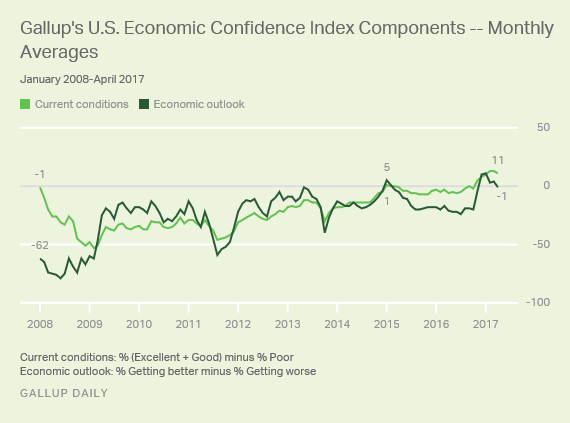 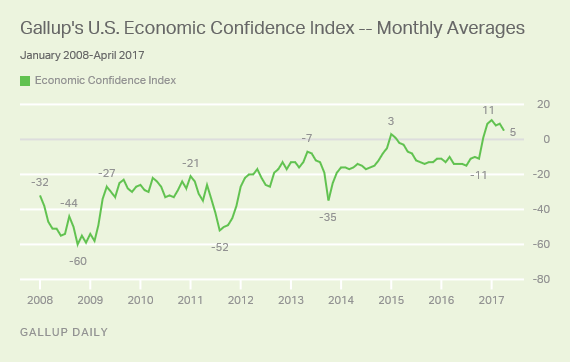