Still, Americans’ economic confidence has remained positive overall for 20 straight weeks — since the week after the presidential election in November — making it the longest positive streak since Gallup began tracking the measure.

In March, one-third of U.S. adults (33%) described economic conditions as “excellent” or “good,” while 20% rated them as “poor.” This resulted in a current conditions score of +13 for the month — the same as in February.

Meanwhile, 49% of U.S. adults said economic conditions were “getting better,” while 45% said they were “getting worse,” resulting in an economic outlook score of +4 — similar to February’s +3 for this component. 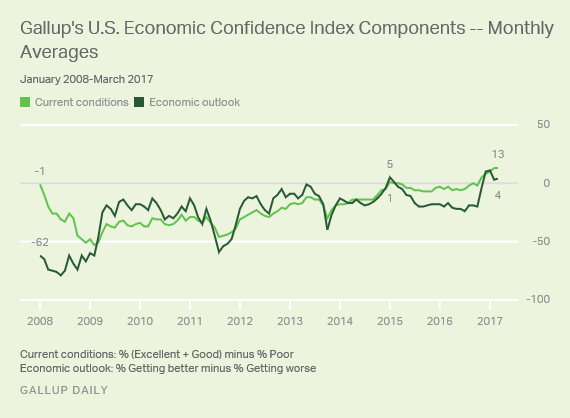 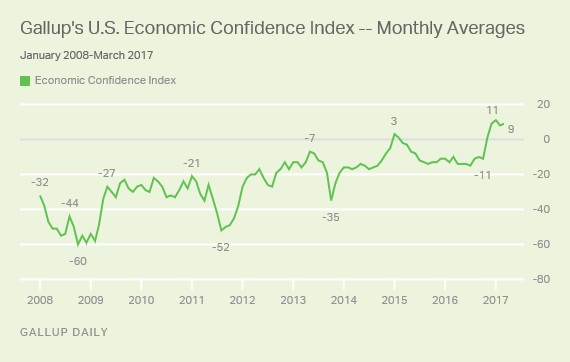