Doug Short had a blog post of March 28, 2017 (“March Consumer Confidence Highest Since 2000“) in which he presents the latest Conference Board Consumer Confidence and Thomson/Reuters University of Michigan Consumer Sentiment Index charts.  They are presented below: 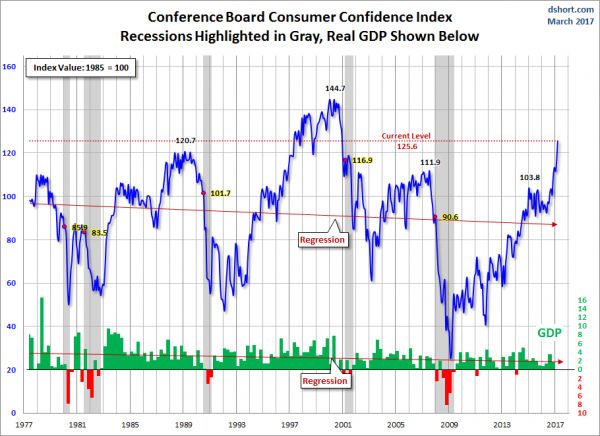 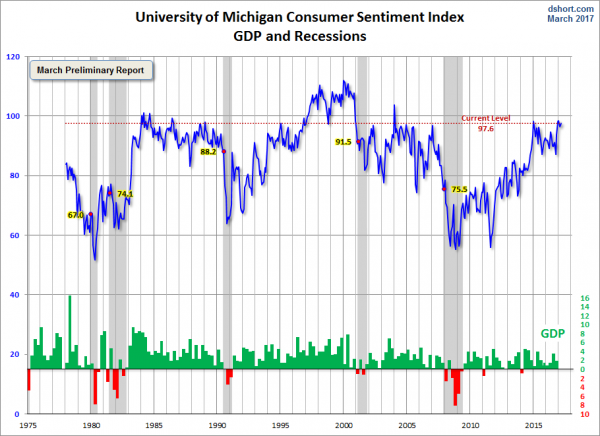