Americans’ confidence in the U.S. economy remained strong in January. Gallup’s U.S. Economic Confidence Index averaged +11, the highest monthly average in Gallup’s nine-year trend. However, the index has been slightly lower so far in February.

In January, 31% of Americans rated the economy as “excellent” or “good,” while 21% said it was “poor,” resulting in a current conditions score of +10 — marking the highest monthly reading for this component since 2008.

The economic outlook component also reached a new high score of +11 in January. This score was the result of 52% of Americans saying economic conditions in the country were “getting better,” while 41% said they were “getting worse.” 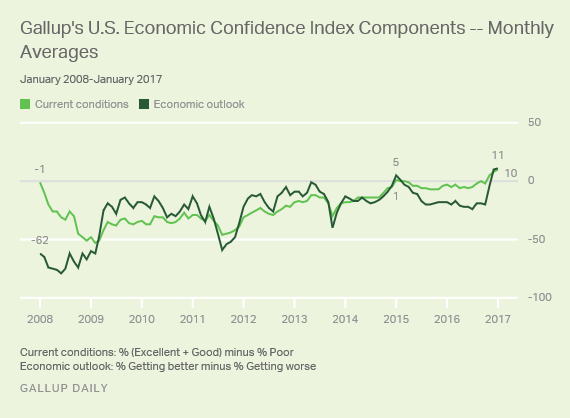 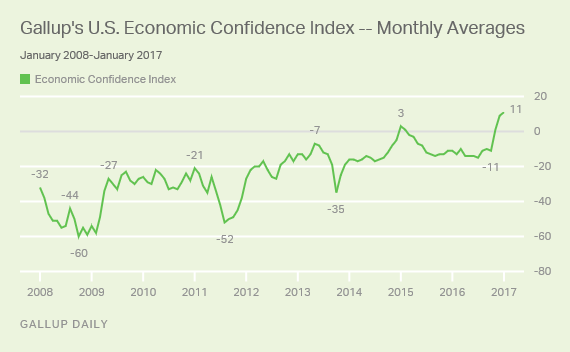