Each month I have been highlighting various estimates of U.S. recession probabilities.  The latest update was that of January 5, 2017, titled “Recession Probability Models – January 2017.” 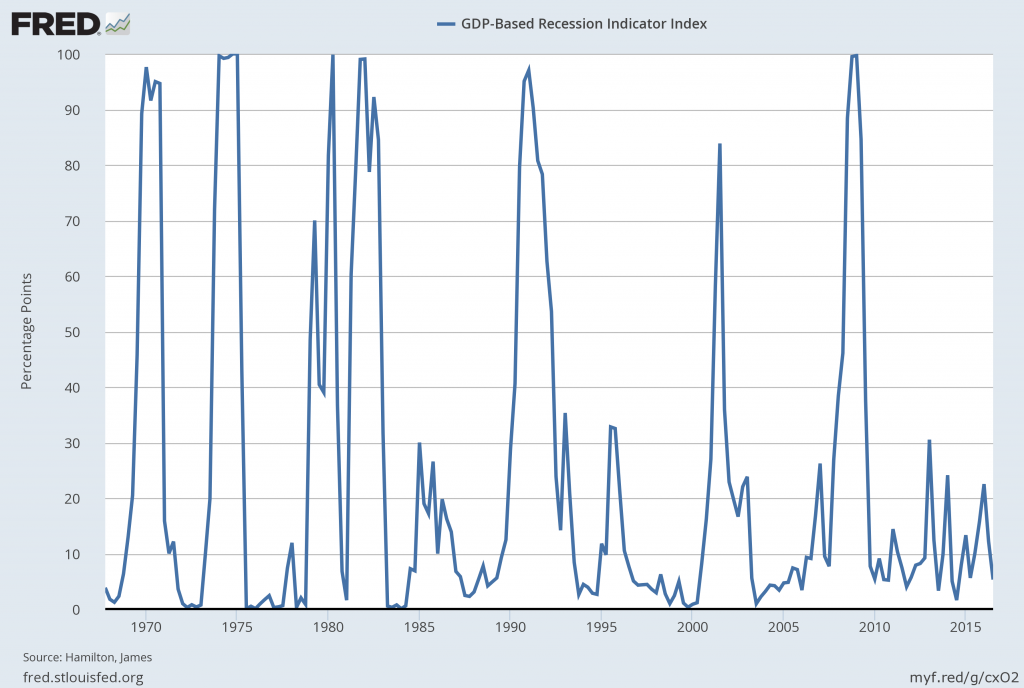