On January 3, 2017 Gallup released the poll results titled “Ahead of Election, Americans’ Confidence in Economy Steady.”

Americans ended 2016 with higher confidence in the U.S. economy than they have expressed at any other point since 2008. Gallup’s Economic Confidence Index averaged +9 in December, up eight points from November.

Meanwhile, the outlook score was up more sharply, rising to +10 in December from -4 the prior month. The December score, the highest in Gallup tracking since 2008, reflected 52% of Americans saying economic conditions in the country were “getting better,” while 42% said they were “getting worse.” 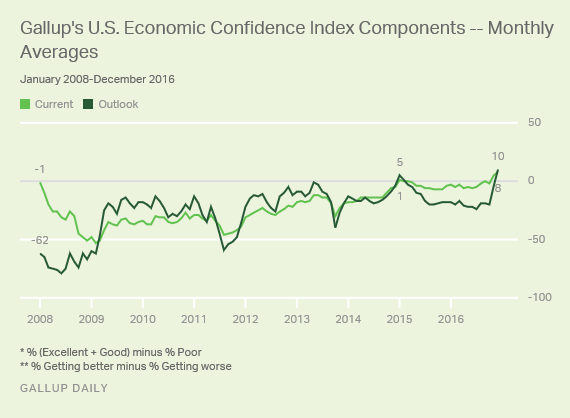 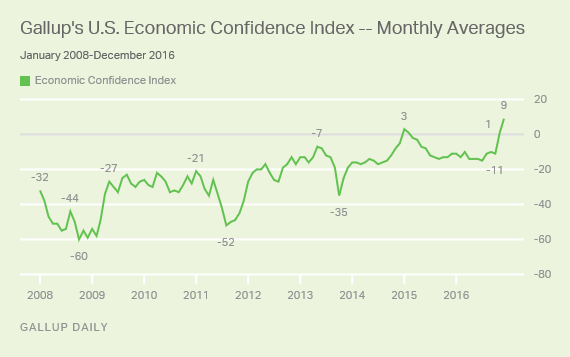