On November 1, 2016 Gallup released the poll results titled “Ahead of Election, Americans’ Confidence in Economy Steady.”

Americans’ confidence in the U.S. economy has been stable for three months since the Democratic National Convention held in late July helped boost assessments of the economy. The index averaged -11 in October, similar to the -11 and -10 recorded in August and September, respectively.

Americans remain much more negative about the direction the economy is headed. Thirty-eight percent believe the economy is “getting better” and 58% say it is “getting worse,” resulting in an economic outlook score of -20. This index component has fallen sharply since reaching its post-recession high of +5 in January 2015, though it has held steady over the past several months. 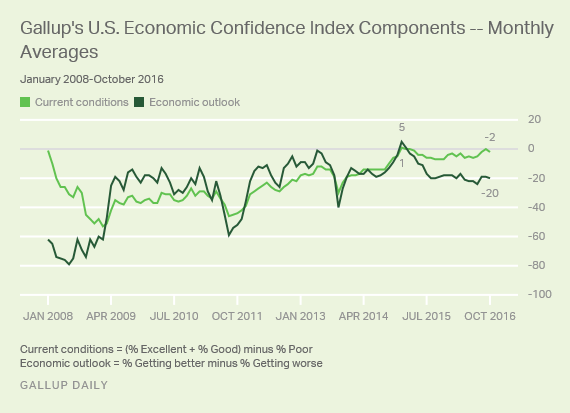 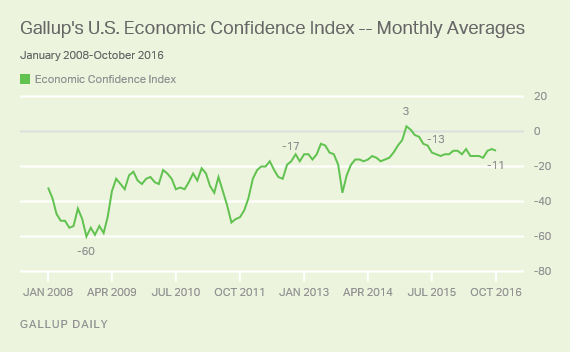