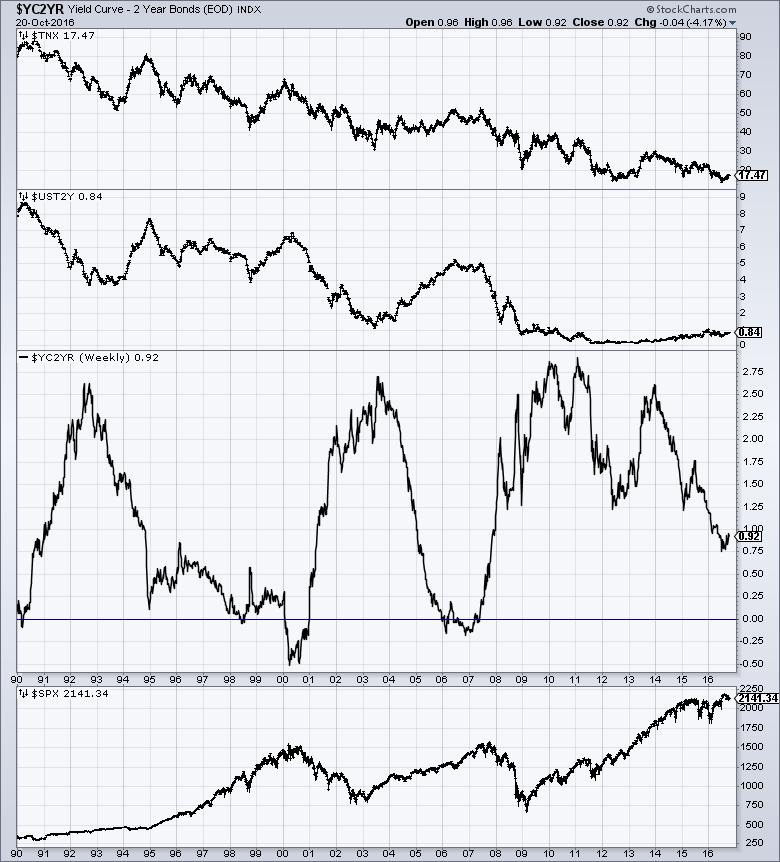 Additionally, below is a chart showing the same spread between the 10-Year Treasury and 2-Year Treasury, albeit with a slightly different measurement, using constant maturity securities.  This daily chart is from June 1, 1976 through October 19, 2016, with recessionary periods shown in gray. This chart shows a value of .95%: 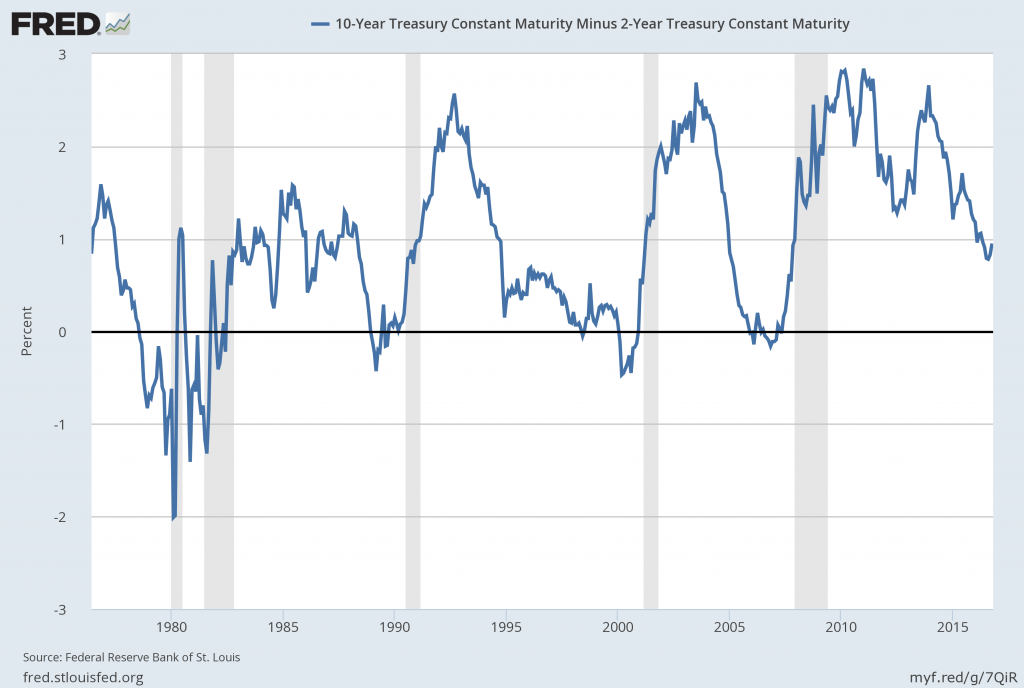