Americans’ confidence in the U.S. economy has held steady since July. Gallup’s Economic Confidence Index averaged -13 in February, within the narrow range of -14 to -11 recorded over the past eight months. Consumers’ confidence in the economy is notably lower than a year ago, when the index registered +1 for February — one of only two positive monthly readings since 2008. 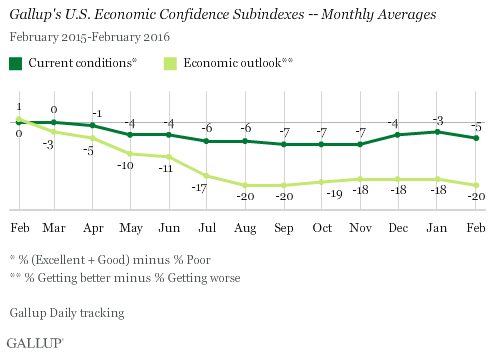 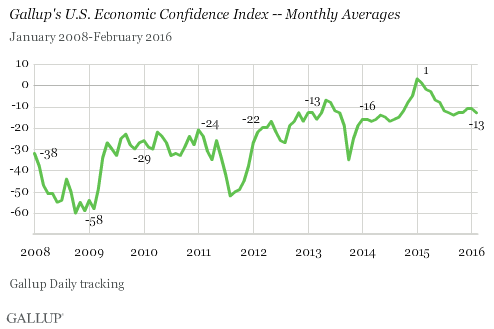