Gallup’s Economic Confidence Index averaged -11 in December, which is slightly better than the monthly averages of -12 to -14 measured from July through November. Americans’ economic confidence was slightly lower in December than earlier in 2015, but generally better than it has been since 2008.

The slight improvement in the overall index in December is attributable to Americans’ improved views of the current economy. In December, 25% of Americans rated current economic conditions as “excellent” or “good,” while 29% rated them as “poor.” This resulted in a current conditions score of -4, up from -7 in each of the prior three months and the highest since June.

Meanwhile, the economic outlook score was -18, matching November’s score. This was the result of 39% of Americans saying the economy is “getting better” and 57% saying it is “getting worse.” Americans’ outlook for the economy is similar to what Gallup has measured since July, but remains down significantly from earlier in 2015. 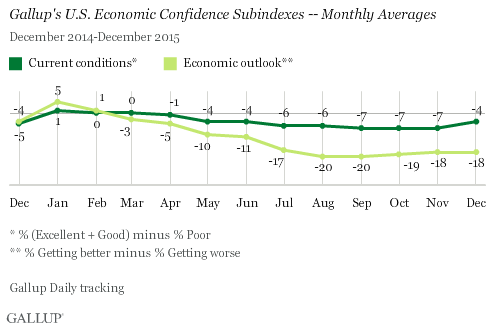 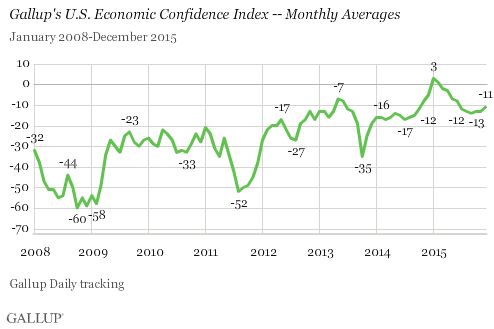