Gallup’s Economic Confidence Index averaged -13 in November, similar to the monthly averages since July. This is down noticeably from +3 in January, the highest monthly average Gallup has found since 2008, and in recent months has settled close to where it was in the first half of last year. November’s confidence level, however, remains higher than most monthly averages found between 2008 and 2013. 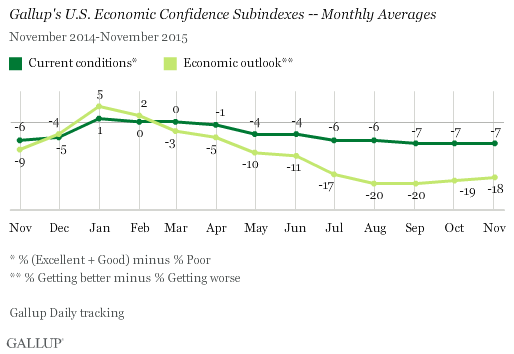 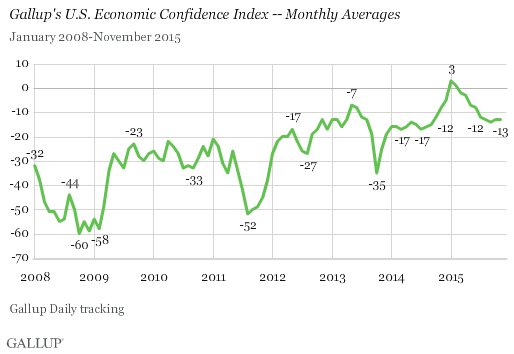