Gallup’s Economic Confidence Index averaged -13 in October. This is essentially the same as the -14 average for September. The index has declined since peaking at +3 in January 2015, and has remained below -10 for four months.

In October, 24% of Americans described current economic conditions as “excellent” or “good,” while 31% rated them “poor.” This resulted in a current conditions average of -7.

The economic outlook average was -19 for this same period. This was the result of 38% of Americans saying the economy is “getting better” and 57% saying it is “getting worse.” 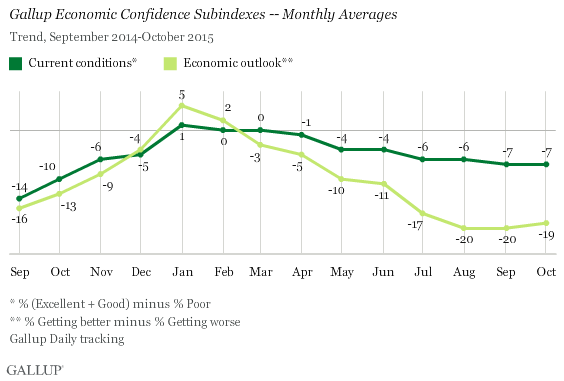 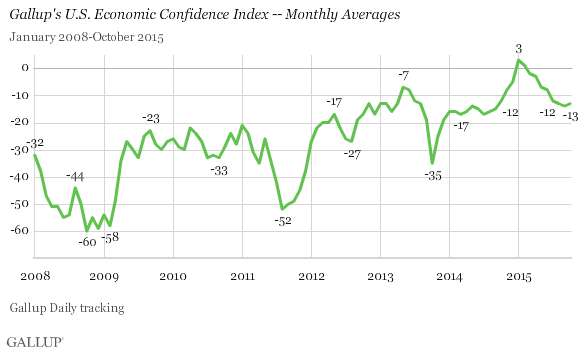