Gallup’s Economic Confidence Index declined to an average of -12 in July from -8 in June. This is the lowest monthly average since last October, and is a noticeable departure from the +3 average in January.

Gallup’s Economic Confidence Index is the average of two components: Americans’ ratings of the current economy and their views of whether the economy is improving or getting worse. The former component dropped only slightly, while the latter had a large drop last month.

The current conditions component averaged -6 in July, slightly below the -4 of June. The July average was the result of 25% of Americans rating the current economy as “excellent” or “good” and 31% rating it as “poor.” In July, 39% of Americans said the economy was “getting better,” while 56% said it was “getting worse.” This resulted in an economic outlook score of -17, the lowest since August 2014. 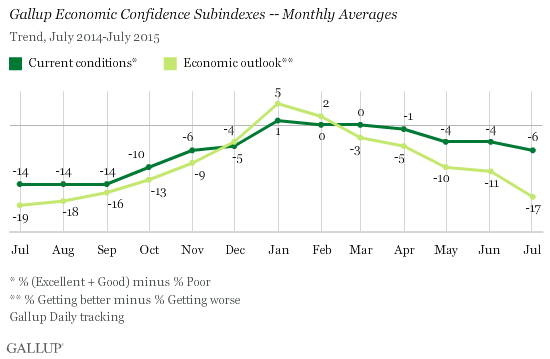 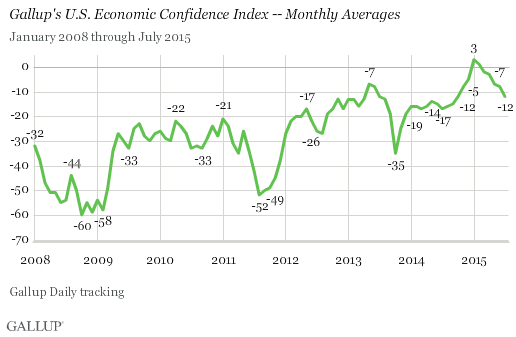