Gallup’s U.S. Economic Confidence Index was essentially steady in June, averaging -8 for the month. This is statistically tied with May’s -7 score, keeping the index at its lowest monthly reading since November.

Gallup’s Economic Confidence Index is the average of two components: Americans’ ratings of current economic conditions and whether they feel the economy is improving or getting worse.

The economic outlook component score was -11 in June, based on 42% of Americans saying the economy is getting better and 53% saying it is getting worse. This is similar to the -10 found in May, and is the lowest monthly economic outlook score in Gallup Daily tracking since October.

Meanwhile, the current conditions score in June was -4 — the same as in May — based on 25% of Americans saying the economy is “excellent” or “good” and 29% calling it “poor.” 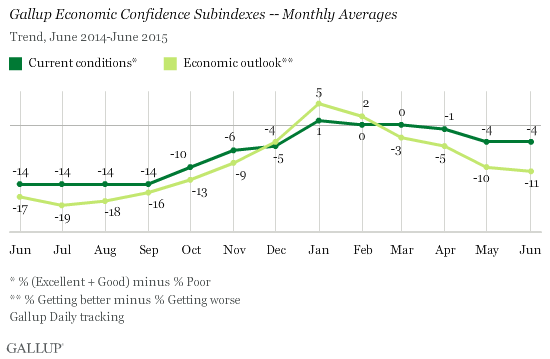 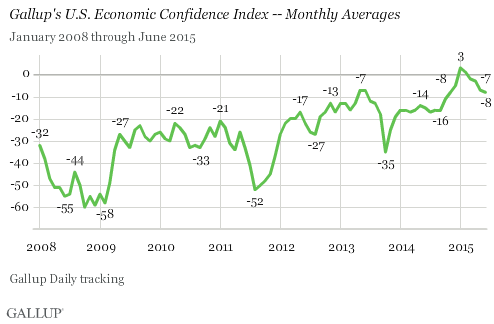