On June 2, 2015 Gallup released the poll results titled “U.S. Economic Confidence Index Slides to  -7 in May.”

Gallup’s Economic Confidence Index dropped to an average of -7 in May, down from -3 in April. This drop continues the monthly downward drift since confidence peaked at +3 in January, and is the lowest monthly score since the -8 in November 2014. However, confidence remains much higher now than what Gallup has found in most months since Americans started to feel the recession’s effects in 2008.

Gallup’s Economic Confidence Index is the average of two components: Americans’ ratings of current economic conditions and whether they feel the economy is improving or getting worse. Both components dropped between April and May, continuing the downward slide, but expectations about the economy’s direction are clearly suffering the most so far this year. 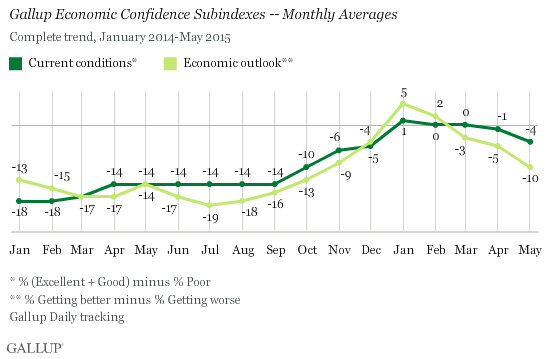 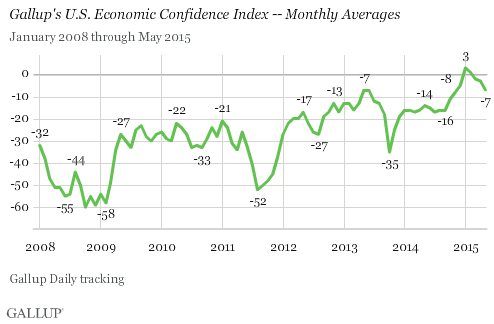