Gallup’s U.S. Economic Confidence Index registered its first negative monthly score of 2015 in March, slipping to -2. This is down from +1 in February and +3 in January.

In Gallup Daily tracking throughout March, an average of 27% of Americans said the economy was “excellent” or “good,” while 27% said it was “poor.” The resulting “0” current conditions score is the same as in February. Meanwhile, the economic outlook sank to -3 in March from +2 in February, based on 46% of Americans saying the economy is “getting better” and 49% “getting worse.” 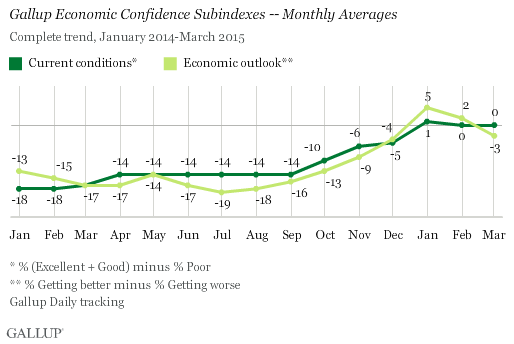 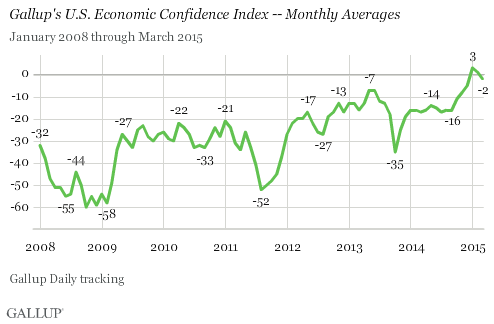