Gallup’s U.S. Economic Confidence Index, which has been positive foreach of the past six weeks, finished January with an average score of +3 — the first time a monthly average has been in positive territory since the recession. The monthly index score is up eight points from December — the highest month-to-month increase in more than a year. 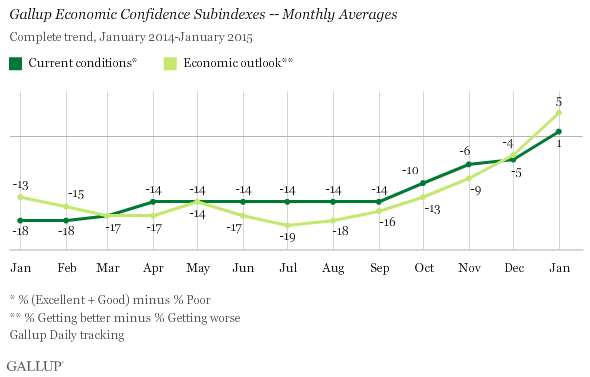 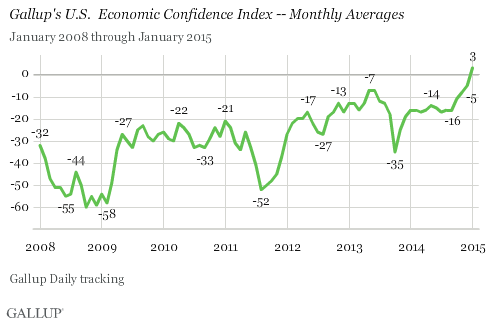